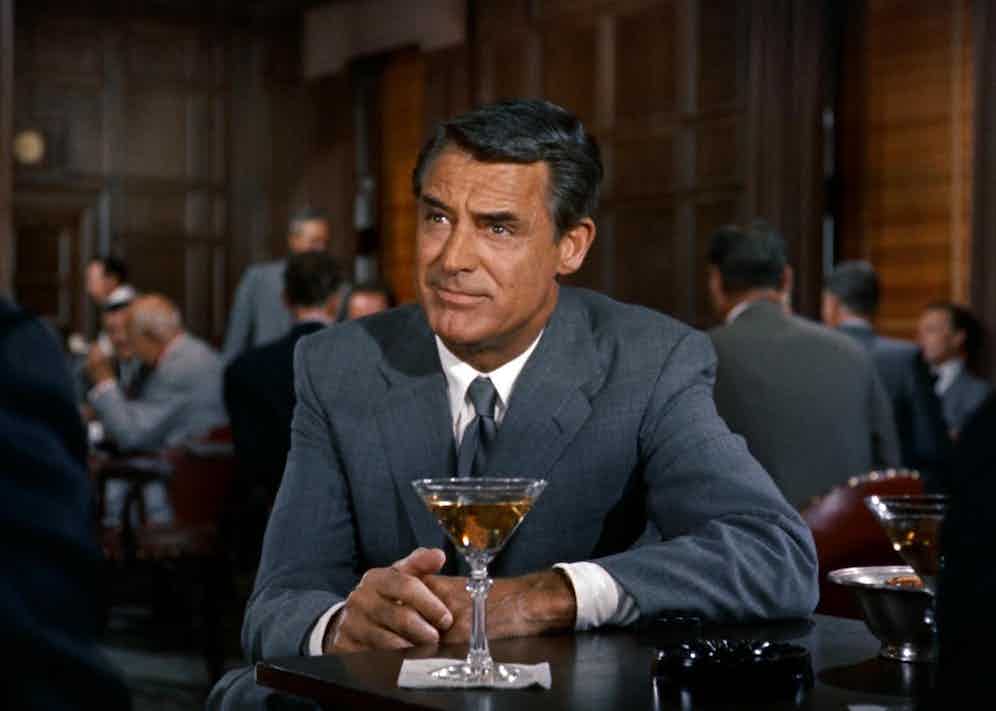 The story goes that on receiving a telegram saying ‘How old Cary Grant?’, the actor replied – sharp as ever – with ‘Old Cary Grant fine. How you?’ His elusive response might imply a sense of embarrassment at ageing, but really the star had nothing to worry about.

As a young man, Grant cartwheeled onto the Hollywood scene after years of acrobatic training and a variety of smallish theatre roles. Landing gracefully on his feet, he proceeded to pin down role after cinematic role, quickly becoming a household name with an invincible combination of physical presence (at 6’2”, his stature alone could turn heads), good looks, dreamy style and talent. He was the man whom girls swooned over, and their mothers approved of their taste. Even in his twenties, Grant commanded a room – and a scene – with the effortless manners and grace of a seemingly older gentleman, setting his own precedent for later years, so is it any surprise he’s one of the first names we thought of on the theme of eminence grise?

Despite being the epitome of ‘tall dark and handsome’, even Grant himself admitted that he wasn’t immune to making questionable sartorial choices in his naïve youth. Writing a personal style guide for The Week in the 1960s, he claimed, “As a younger man, I tried wearing a flared, too-high collar that, although modish amongst those I regarded as the sophisticates of that day, looked ridiculous on my 17 1/2- inch neck.” He went on to explain it was a valuable learning curve; “luckily, after the embarrassment of viewing myself from almost every angle on screen, that mistake was soon rectified.” This determination to constantly better himself, and the natural instinct which allowed him to do so successfully, is clear in his jaw-dropping career (with over fifty movies under his belt) and in his evolving style.

While he may have been a suited-and-booted young thing, it wouldn’t be unfair to suggest that with this evolution, he was fortunate enough to leave behind the preppy formality not unusual in a fresh-faced Ivy League graduate (beaten up sports coats, grating tweeds and thread-bare button-downs and all), instead embracing a more distinguished and sophisticated appearance. In one of his most famous roles as Roger Thornhill in North By Northwest(1959), even his character is described by an adversary as “a well tailored one”, a poorly hidden tone of jealousy audible. It’s in this film that he wears one of his most iconic Savile Row suits, a fourteen ounce, mid-grey worsted wool number that still makes bespoke addicts salivate.

"Even in his twenties, Grant commanded a room – and a scene – with the effortless manners and grace of a seemingly older gentleman."

Appearing opposite Eva Marie Saint, a beauty twenty years younger than Grant, the 55 year old actor held his own as a perfectly believable love interest, the sexual tension palpable between the two in the film’s famous train scene, despite the significant generational gap. Moreover, his mother in the film is played by an actress only seven years his senior – highlighting not only his seemingly limitless desirability by studios and audiences alike, but also Hollywood’s ever-present double standards. It’s likely that an actress of the right age to play the mother of a 55 year old would have been gently but firmly nudged into retirement many years before men like Grant followed suit.

Retiring, as he did, at the sprightly age of 62, in order to look after his newborn child no less, Grant is a sure example that ageing gracefully is not to be sniffed at. His raw, energy driven performances in his early career subtly contrast with the more laidback approach he takes later on, the twinkle in his eye shining a light on how immaterial he thinks it all is, now that he’s old enough to know better. Named as the second greatest star of Hollywood’s ‘Golden Age’ (after Humphrey Bogart), his very own golden age came in the last few years of his career, in films like North By Northwest, To Catch A Thief (1955)and Operation Petticoat(1959).

In To Catch A Thief, pinups Grace Kelly and Brigitte Auber both compete for Grant’s affections, despite them being 25 and 24 years younger respectively, his salt and pepper locks doing nothing to lessen the chemistry and plausibility of the attraction; Doris Day, 20 years his junior, plays his love interest in That Touch of Mink, in which he sports his immaculately parted greying charcoal hair and thick glasses.

Operation Petticoat depicts Cary playing Lieutenant Commander Matt Sherman and the part sees Grant’s incomparable agelessness outdoing itself once more; a woman plays his character’s love interest some 32 years younger than himself, Joan O’Brien. However, a scene between the two before they become lovers acknowledges and gently pokes fun at the idea, O’Brien commenting, “With proper nutritional balance, you wouldn’t have any grey hair at all!” To which Grant responds quite perfectly with “Oh, well I like having grey hair – that way I can worry without it showing.” 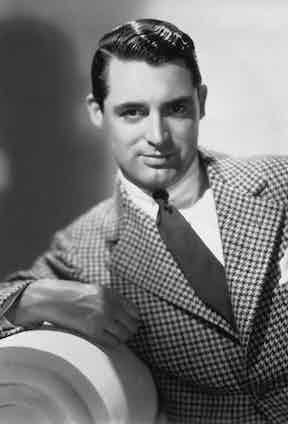 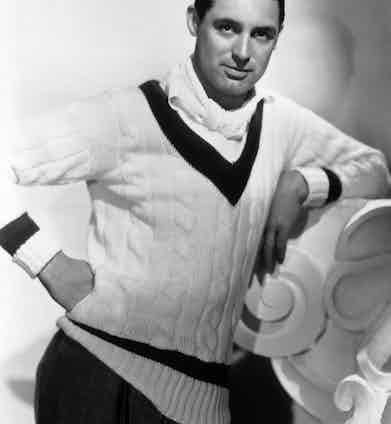 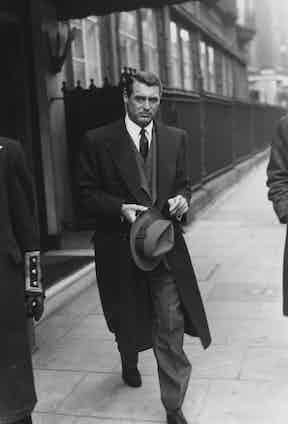 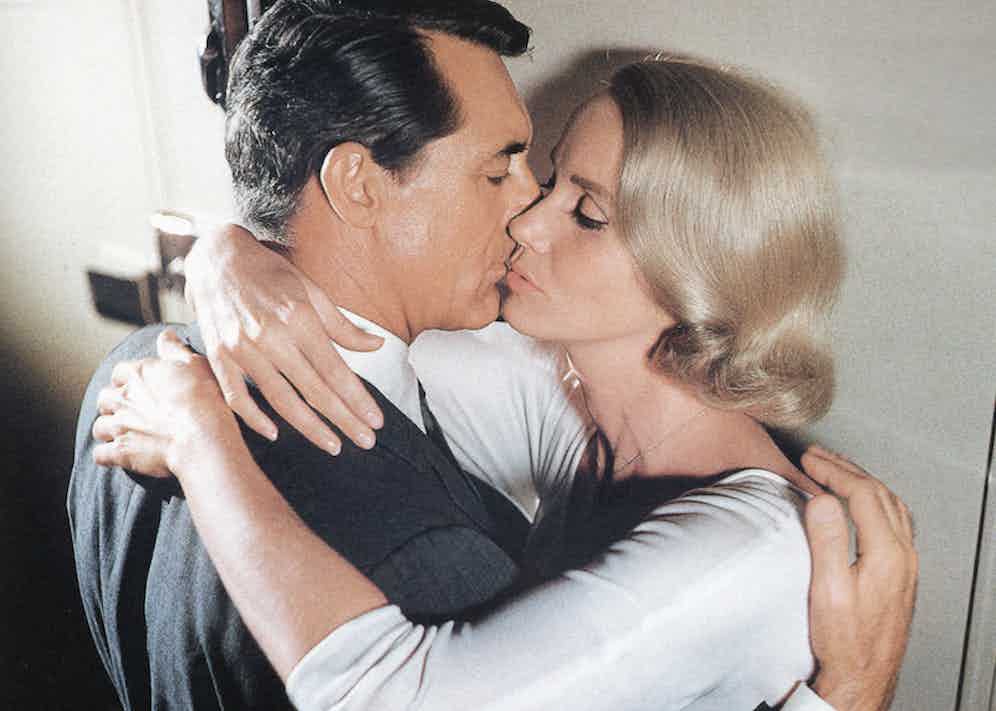 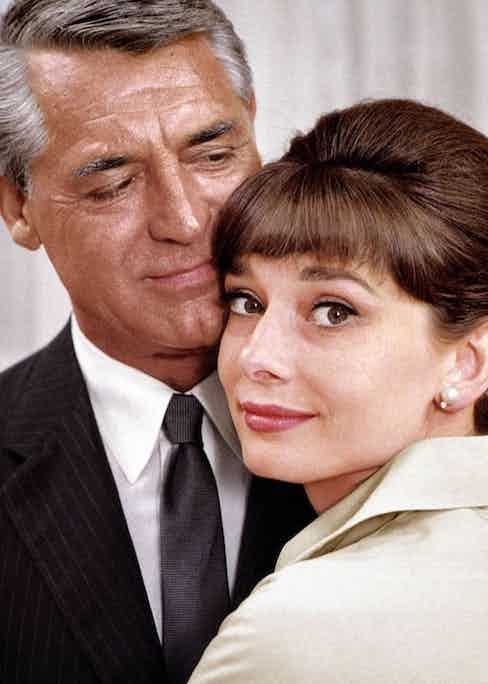 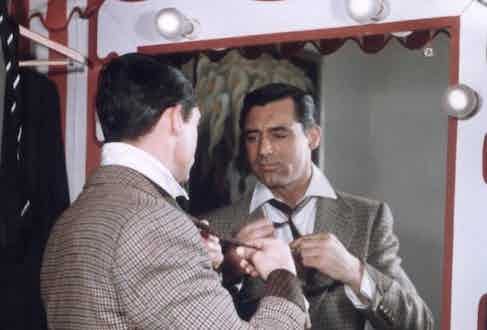 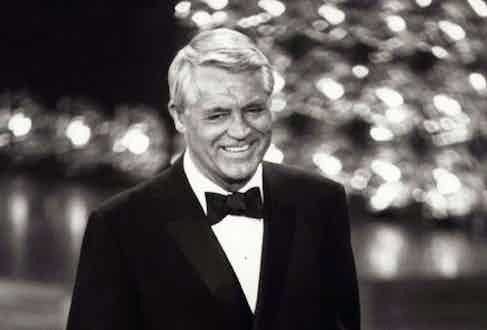 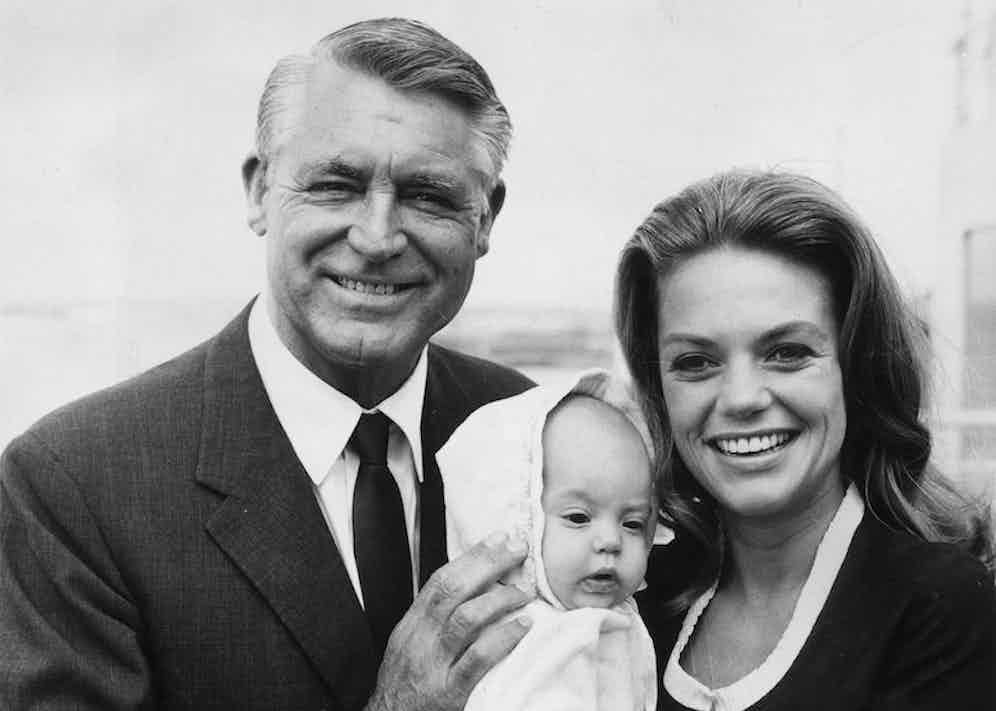