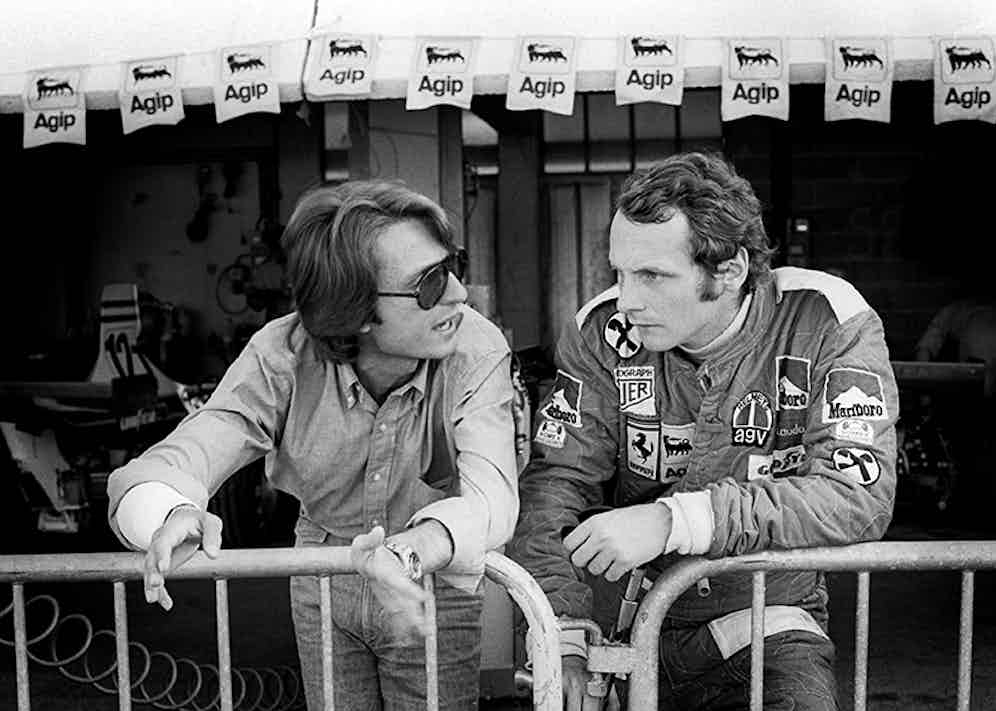 The story of how Luca di Montezemolo came to work with two giants of Italian automotive history is one which makes The Three Princes of Serendip look like The Three Stooges. Born into Piedmontese aristocracy, the latest limb of a family tree replete with military generals and cardinals, Luca Cordero di Montezemolo, Nobile dei Marchesi di Montezemolo (he refrains from using his full title) graduated in law from the University of Rome in 1971, and went on to study international commercial law at Columbia University in New York. He had returned to Italy and was enjoying life as a young member of the Lancia rally team when, one fateful day in December 1972, he appeared as a guest on Chiamate Roma 3131, a popular daytime radio talk show, and got into a fierce argument with a caller. 'He said I never would have amounted to anything if I didn't come from money, that car racing was a rich kid's sport and too dangerous and blah blah blah,' Montezemolo later recalled. 'I was very frank. I said, 'You're talking a lot of balls.'' Enzo Ferrari happened to be listening in, and decided that he wanted to take this 26-year old upstart under his wing. It turned out to be one of life's more perspicacious whims.

Less than a year later, di Montezemolo was promoted to manager of the racing division, Scuderia Ferrari. It was in this role that he talent-spotted Niki Lauda and stewarded the Austrian's championship victories in 1975 - Ferrari's first in over a decade - and 1977, a feat which saw Luca elevated to the Fiat throne (which has had a controlling stake in Ferrari since 1969). Thanks to the far reach of the Fiat empire's tentacles, he was able to spread his wings throughout the '80s, taking the reins at drinks company Cinzano and publishing company Itedi. He also dabbled with non-motorised sports, managing Team Azzurra - the first Italian yacht club to enter the America's Cup challenge - as well as the committee in charge of Italy's hosting of the 1990 World Cup, before Fiat Chairman Gianni Agnelli brought him back to Maranello in December 1991 to head up an ailing Ferrari group that was still in mourning for its eponymous founder, Enzo, who had died three years previously.

As di Montezemolo set about his revolution, his priority was to capitalise on the company's illustrious history and iconic status without using it as a crutch: 'We are not archaeological,' as he puts it with that typically Italian knack for broken yet apposite idioms. 'When I arrived [for the second time, in 1991], I wanted to reintroduce some models with engine in the front. Some models were very difficult to get into and out of - very uncomfortable and a bit old-fashioned. We needed to make different Ferraris for different Ferraristi, and so, now, the FF is completely different to the F12berlinetta, or the 458 [Italia] - which is the one that makes my wife a little bit nervous if I go out alone in it. I love the California, too, because I can enjoy the emotion of driving a beautiful, powerful car, but with room for my children.'

Key to achieving his goals at Ferrari, for di Montezemolo, was creating a company culture which might be described as anti-complacent: to instil a collective understanding that 110 percent is only 90 percent of how productive, how innovative, Ferrari could and should be in its operations. Which kind of sounds tyrannical, but try telling that to the 2,800 or so employees at Maranello - 'as much a university campus as it is a factory,' as he describes it, gleefully. As reflected in numerous 'best workplace' awards, the company's employees are extremely well-treated, especially since the introduction of 'Formula Uomo'. Conceived to make employees feel empowered and appreciated, this programme introduced measures such as carefully designed lighting systems, green areas, climate control and noise damping, as well as education, fitness and well-being programmes. 'My factory's biggest asset is the people that work inside it,' he says. Indeed, when Silvio Berlusconi mentioned on a national TV show that he would readily offer di Montezemolo a ministerial seat, a few years back, he arrived at work the next day to find on his desk a petition, signed by over 1,000 employers, begging him to stay at Ferrari.

It seems everything this Rake touches turns to profit, and in this makes him one of our Rakes with panache.