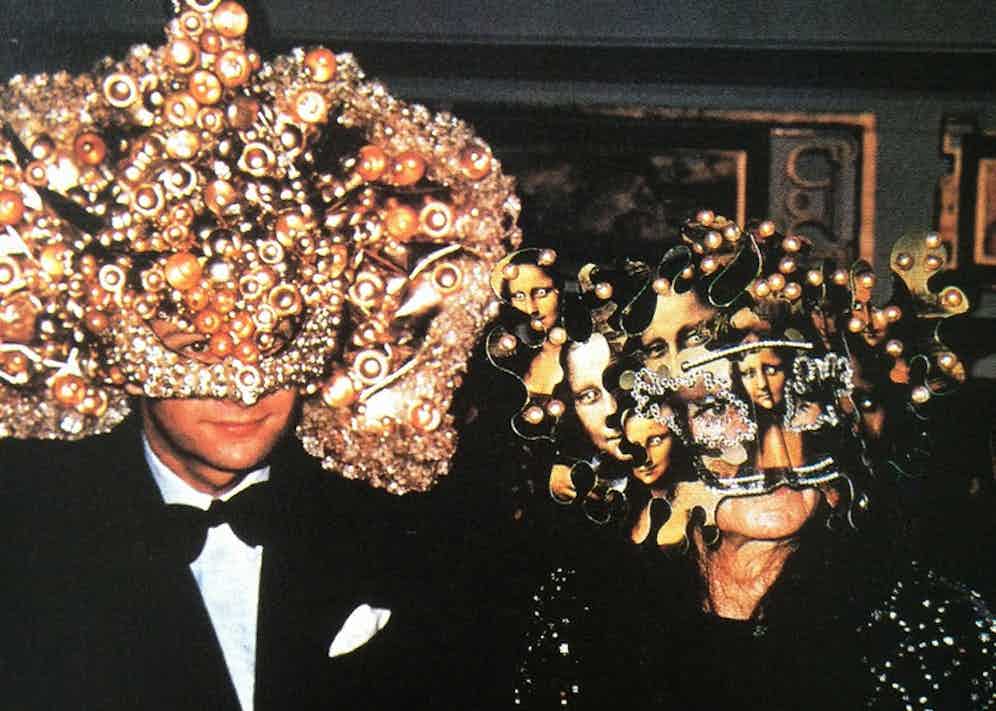 If your family has the largest private fortune in history, the least you can do is hold a party at the most lavish chateau in France with costumes designed by Salvador Dalí, Audrey Hepburn in a birdcage hat and an interactive maze filled with butlers pretending to be cats.

The family who did just that is the Rothschilds. In 1957, after a brief first marriage to a horse-breeding count, Baroness Marie-Hélène Naila Stephanie Josina van Zuylen van Nyevelt van de Haar wed her third cousin Guy de Rothschild, head of the de Rothschild Frères bank. Their romance broke various barriers. As it was the first time a leading Rothschild had married a non-Jewish spouse, Guy was forced to resign his presidency of the Jewish community in France and Catholic Marie-Hélène had to receive special dispensation from the pope. The pair’s social life showed a similar liberalism.

Their home, and venue for their now-mythical Surrealist Ball, was Chateau de Ferrières, said to be the biggest and most luxurious nineteenth century chateau in France. On seeing his cousin’s impressive Mentmore Towers in Buckinghamshire, Guy’s ancestor Baron James de Rothschild told its architect Joseph Paxton: “Build me a Mentmore, but twice the size”. Ferrières boasts eighty guest bedrooms, thirty square kilometres of forest, a 120-foot central hall, atlas columns and caryatids sculpted by Charles Cordier, a library of over eight thousand volumes and a neo-Renaissance Italian garden.

Occupied during the Franco-Prussian War and again by the Germans in World War Two, Chateau de Ferrières remained empty until 1959 when Marie-Hélène decided to refurbish it. It soon became a hedonist epicentre for European high-society, a rigorous mix of nobility, Hollywood stars, artists, musicians and fashion designers, Yves Saint Laurent cheek-by-jowl with Brigitte Bardot and Grace Kelly. Such was the parties’ allure that one prominent social figure threatened to commit suicide if she wasn’t invited to the next one.

And so to 12th December 1972, the year of Luis Buñuel’s The Discreet Charm of the Bourgeoisieand the night of Marie-Hélène’s own surrealist masterpiece. Invitations were sent out with the cryptic dress code “black tie, long dresses & surrealist heads”, the instructions typed backwards so they had to be read in a mirror. As guests arrived, the front of the chateau was floodlit as if it were on fire. Along the main staircase, servants and footmen dressed as cats pawed at each other and pretended to be asleep. On entry, guests were led into a maze, an immersive theatrical experience in a forest of cobweb ribbon full of dark surprises. If you got lost, you could call a cat to “help” you.

“Plates were covered in fur, tables decorated with taxidermied tortoises and food served on a mannequin corpse on a bed of roses.”

Eventually your cat-butler would show you through to dinner, where plates were covered in fur, tables decorated with taxidermied tortoises and food served on a mannequin corpse on a bed of roses. Forks were replaced with dead fish. Omnilingual cannibalistic puns littered the menu, “sir-loin” here, “extra-lucid” soup and (my favourite) goat’s cheese roasted in “post-coital sadness”.

We mustn’t forget the costumes. Marie-Hélène herself wore a giant stag’s head studded with tears of diamonds (real diamonds). Audrey Hepburn sported a relatively innocent cage filled with birds. Aesthete Baron Alexis de Redé wore an astonishing quadruple-decker four-masks-in-one number freckled with scarab beetles, an Egyptian twist on Titian’s Allegory of Prudence. Salvador Dalí designed several of the costumes, but didn’t wear one himself. Perfumer Hélène Rochas wore a gramophone on her head. Art references were two a penny. One guest wore an apple in front of her face, a nod to Magritte’s The Son of Man; another wore a chopped up collage of Mona Lisa’s. The presence of supermodel Marisa Berenson, star of Stanley Kubrick’s Barry Lyndon, foreshadows Kubrick’s final film Eyes Wide Shut and its dreamlike mists of secrecy, opulence and sex. Three years after their unrepeatable Surrealist Ball, the Rothschilds donated the chateau to the chancellery of the universities of Paris (now a gastronomic school) and moved to the house they had built in its woods.

Few parties are genuine works of art, but the Rothschilds’ 1972 ball sounds and looks like it came close. Semi-curated by the founder of surrealism and played out by the leading ladies of the day, it was (like Buñuel’s seventies films) a self-satirising social labyrinth, a Garden of Earthly Delights in a secret forest, endless immersive theatre avant la lettre. Thank God for the rest us someone took a camera. 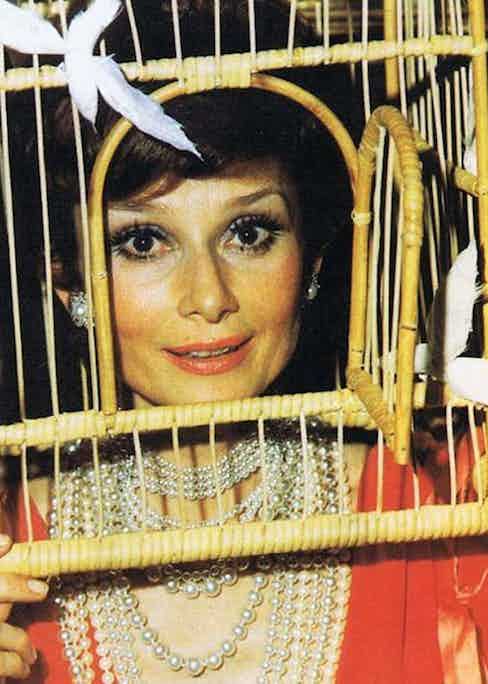 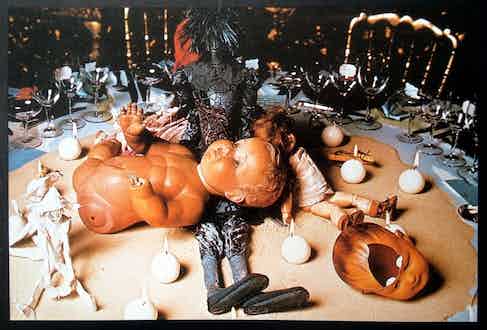 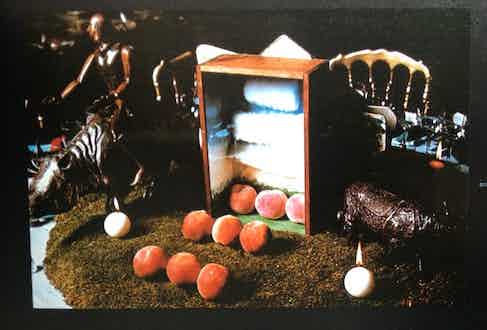 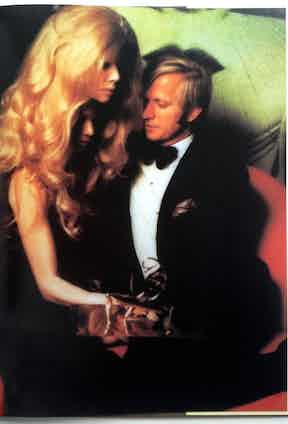 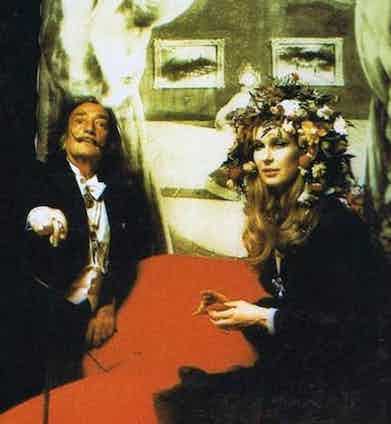 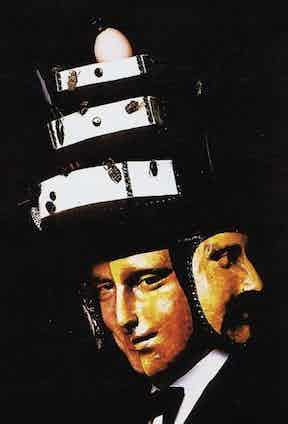 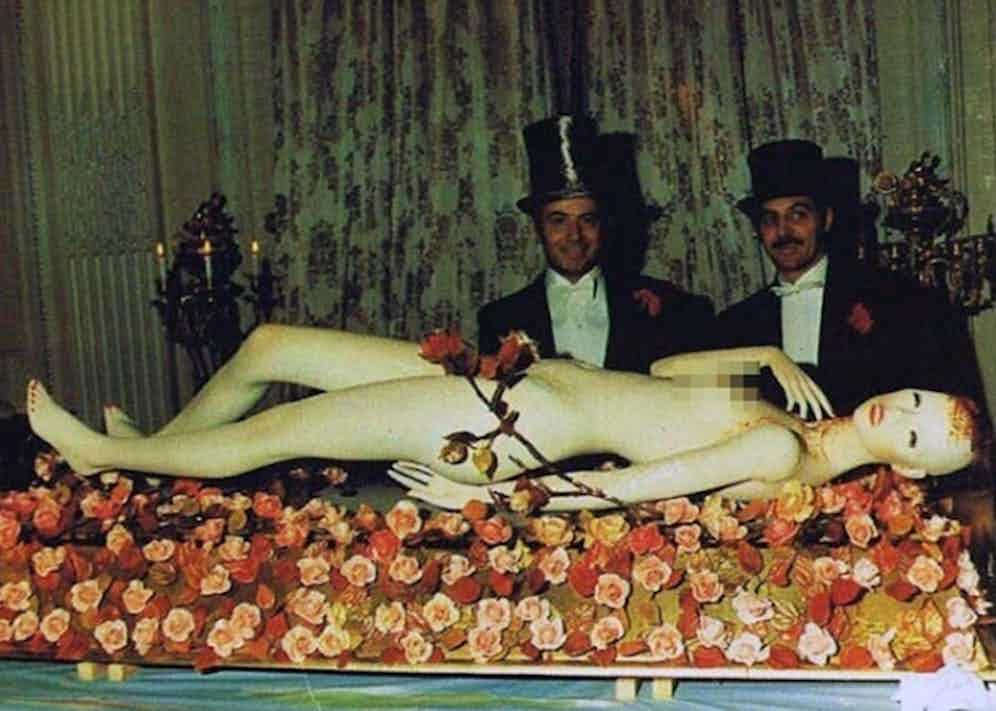 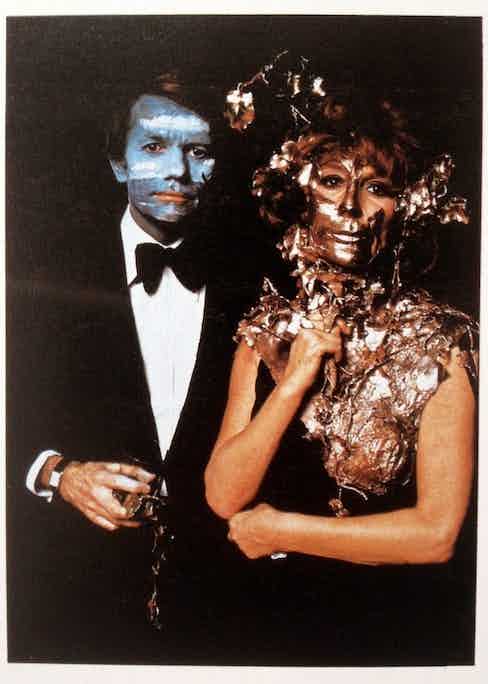 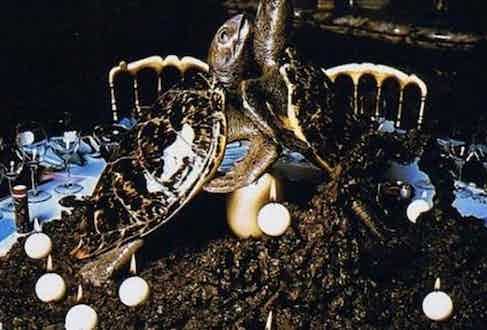 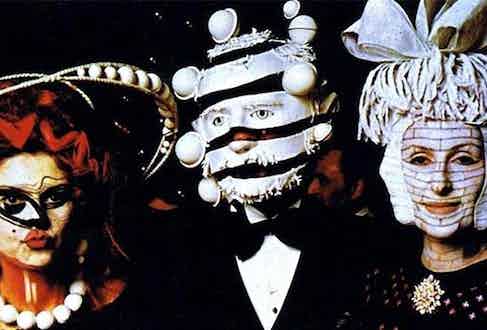 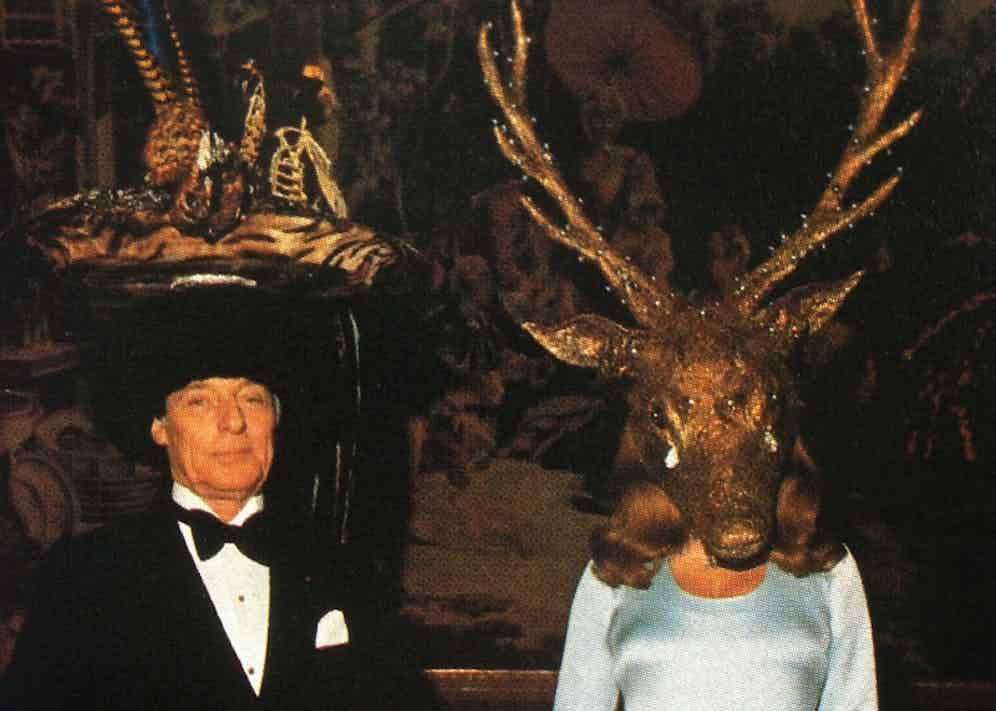