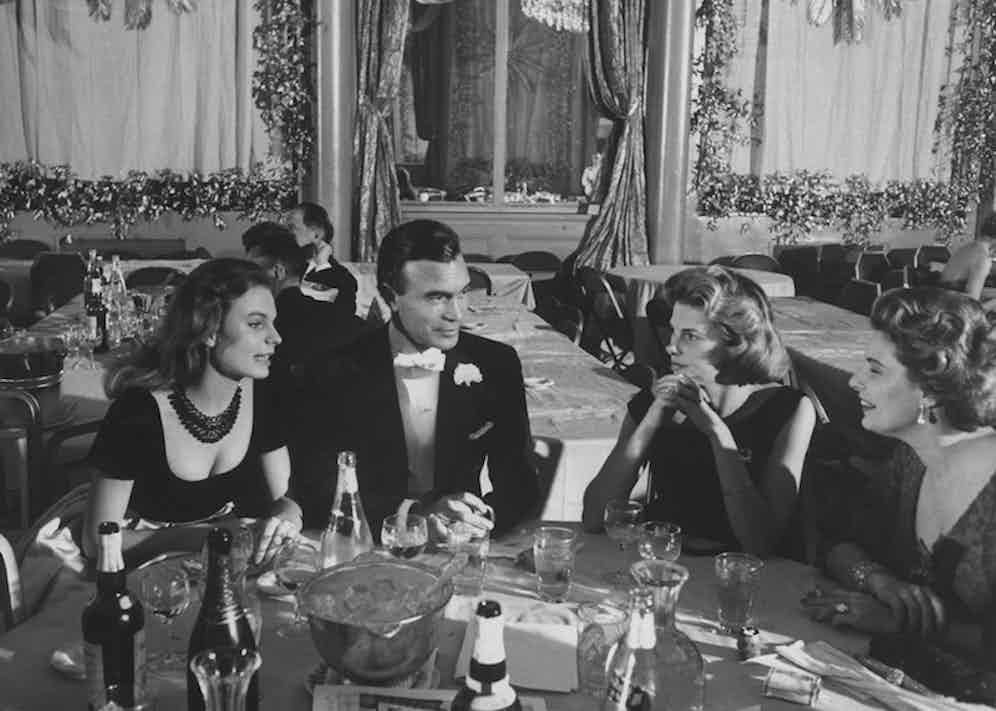 “Let us have wine and women, mirth and laughter, sermons and soda water the day after.” This was the motto of Byron’s Don Juan, but it applies just as well to his twentieth-century reincarnation Porfirio “Rubi” Rubirosa – the last of the international playboys, a Dominican diplomat, polo player and career-lothario with five wives, thousands of lovers from Ava (Gardner) to Zsa Zsa (Gabor) and a penis so impressive that pepper mills in Parisian restaurants are, to this day, known as Rubirosas.

His father was the Dominican Republic's ambassador to Paris, where Rubi spent his teens and formed an early love of the high life, but he was sent back to the Caribbean when he failed the baccalaureate. As an army cadet and captain of the island’s polo team, he caught the eye of the country’s bloodthirsty new dictator Rafael Trujillo. Scarcely had Rubirosa been snapped up for Trujillo’s Praetorian Guard than he seduced his 17-year-old daughter Flor, whom Trujillo encouraged him to marry. Rubirosa rose through the diplomatic ranks to Inspector of Embassies, alleged reward for the bumping-off of political opponents, but was sacked when his marriage to Flor collapsed under a wave of affairs.

As charismatic and courteous as he was ruthless and parasitic, Rubirosa hotfooted it to Europe and married Danielle Darrieux, a French actress with dubious political connections. Shawn Levy’s biography The Last Playboy suggests he stole jewels and sold visas to victims of Nazi persecution; the profits paid for a nose job, handmade shoes, bespoke underpants shipped over from Jermyn Street and haircuts from the best barber in Paris. Suspected of being a German agent, in 1944 he was shot in the kidney by a French Resistance ambush and legged it to Rome, where he met journalist Doris Duke, a tobacco heiress and one of the richest women in the world. All memory of Danielle evaporated and marriage number three made worldwide headlines (“Doris Duke Weds Smoking Latin”). Though he was made to sign a prenup, he was showered with gifts, from a stable full of polo ponies to a converted B25 bomber. Impressed with his newly minted status, his old mentor Trujillo offered him the pick of any embassy in the world: Rubi chose Argentina, where he (predictably) seduced Eva Peron. Trujillo purred that Rubi was so good at his job “because women like him and he’s a wonderful liar”.

For Rubi manipulated world leaders with the same Machiavellian aplomb as he hypnotised women. A paragon of discretion, he never spoke about what happened in the bedroom, but his reputation preceded him. Truman Capote depicted his manhood as an “eleven-inch café-au-lait sinker as thick as a man’s wrist”. His lovers included (deep breath) Eva Peron, Marilyn Monroe, Ava Gardner, Jayne Mansfield, Tina Onassis, Joan Crawford, Queen Soraya of Iran, Contessa Nicola-Gambi of Italy, Countess Marita of Spain and Queen Alexandra of Yugoslavia. One friend joked he had “become a baron by a process of bedroom osmosis”. Seven-times married socialite Zsa Zsa Gabor, described by the New York Times as “a grandmaster at the sex-for-money chess game”, once called Rubi “a disease of the blood. I cannot be without him”.

There were more wives to come. After Flor, Danielle and Doris, he serenaded Woolworths heiress Barbara Hutton, third wife of Cary Grant, with a band outside her room, but slept with a showgirl on their wedding night: she soon left him and he went back to Zsa Zsa with plenty of pocket money. At 47, his body slowing down, he met his fifth and final wife, the 19-year-old French actress Odile Rodin of whom he said: “All my life I’ve controlled women. Every woman I’ve ever met, except this one. She is under my skin”. He was made ambassador to Cuba, where he bewitched Fidel Castro with tales of Trujillo's longevity, but as soon as Trujillo was assassinated in 1961, Rubi lost his diplomatic immunity, regular income and geopolitical allure.

The aging roué tried to fill the days with shenanigans: a Vanity Fair profile says that he and Taki once tried to film their own version of Goldfinger, hiring a plane to bombard their boat with 3,000 tennis balls, but the wind blew the balls the wrong way, the boat capsized and Rubi was too drunk to remember his lines. He couldn’t sustain the lifestyle for much longer. The statue's warning to the unapologetic cad in Mozart's Don Giovanni seems grimly apt: “Di rider finirai pria dell'aurora!” (“By dawn your laughter will be ended!”) On 5th July 1965, after an all-night bender at nightclub Jimmy’s to celebrate his team’s victory in the Coupe de France polo tournament, he drunk-drove home at 7:00am and fatally crashed his Ferrari into a tree.

Peruvian Nobel laureate Mario Vargas Llosa, who brought Trujillo to terrifying life in his 2000 novel The Feast of the Goat, once wrote that it is better to understand men than to judge them. Rubi was an easy man to judge, hoist on the petard of his own boasts: materialistic (“most men’s ambition is to save money. Mine is to spend it”), indulgent (“I find it impossible to work, there’s just no time”), duplicitous and violent when he didn’t get his own way. He is harder to understand: he never had children because he was sterile, a tragedy for many men, and it's hard to know how much this mattered to him. Could it be his was a biological selfishness, a pathological live-for-today hedonism? Maybe that’s too generous, or reductive. But he was as loved and envied as he was hated. Stylish, romantic, fearless and rapaciously magnetic, he was an impossible-to-follow one-off nicknamed “Toujours Pret” - always ready. As Hamlet advised Horatio on the futility of worrying about death: “We defy augury… the readiness is all.” 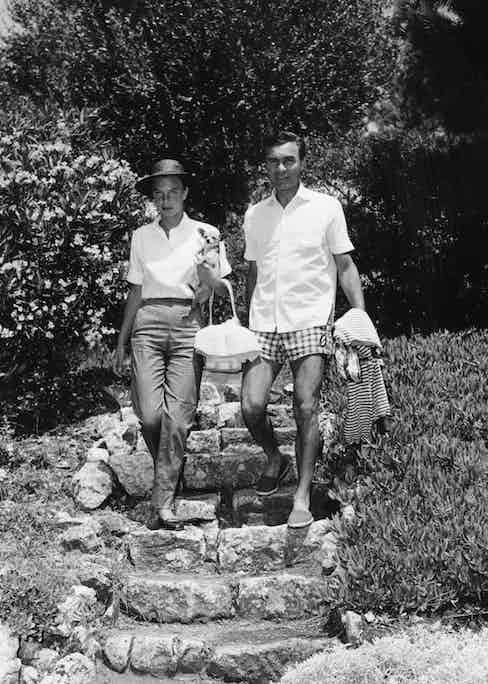 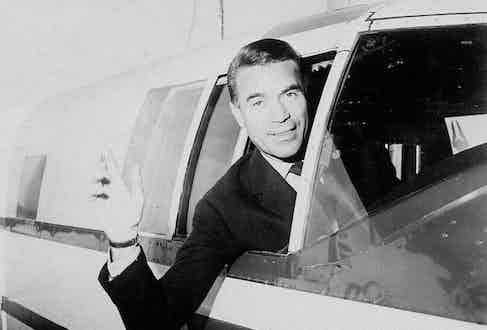 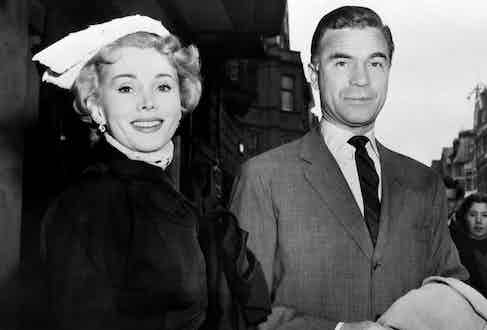 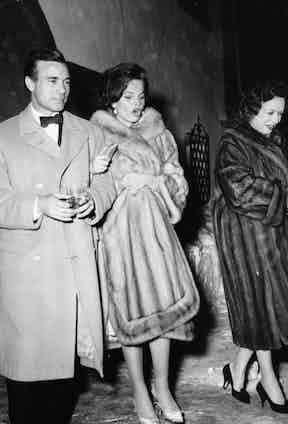 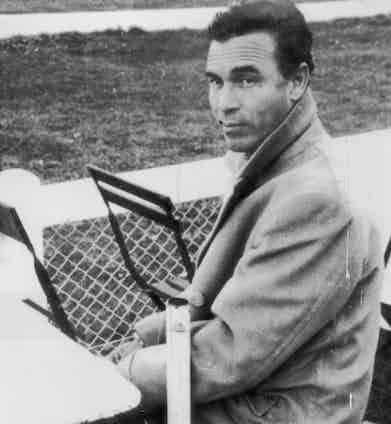 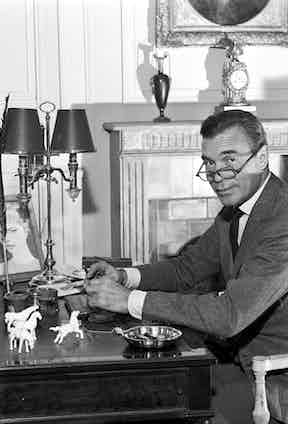 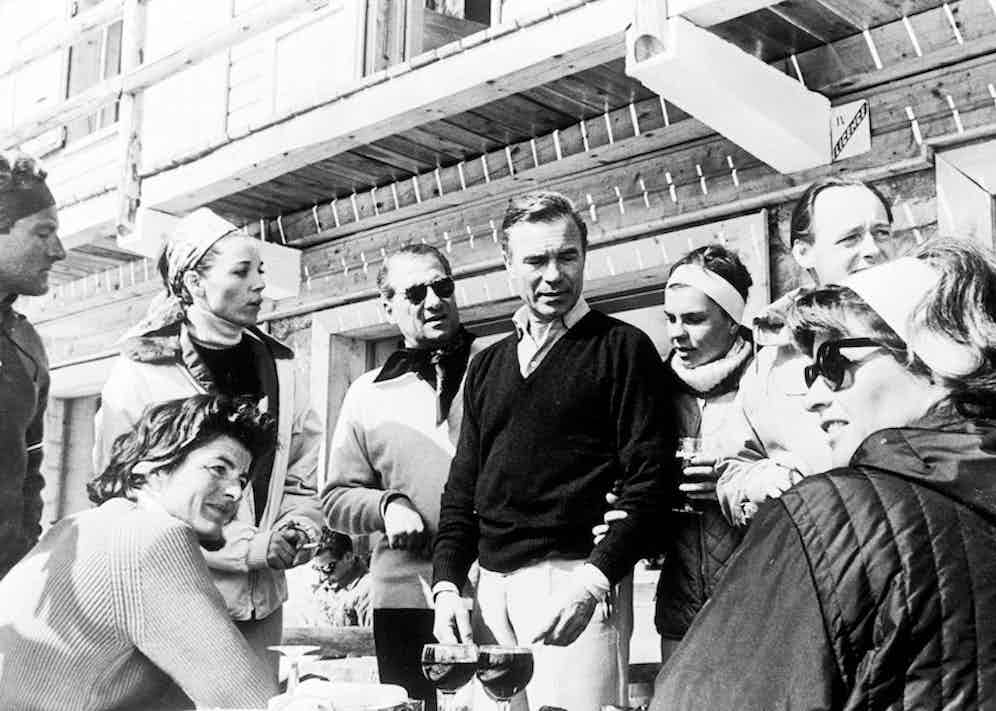