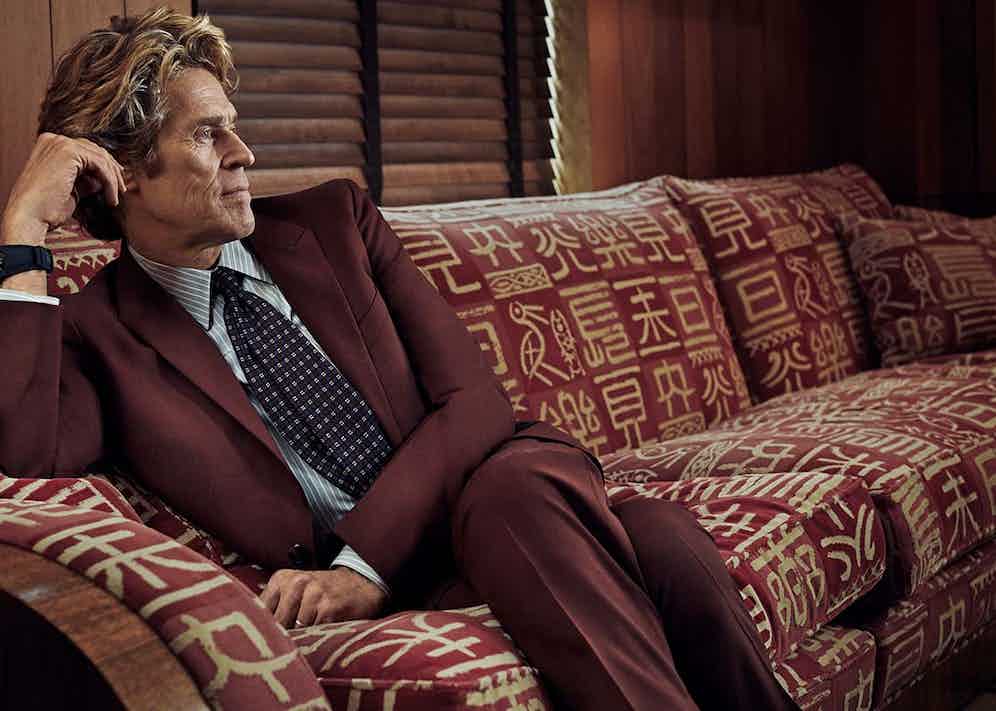 Sometimes, as an introduction, cover stories such as this do some scene setting. Often it is in a trendy L.A. diner that 30 years ago served strictly grits, burgers and intravenous-drip coffee but that has now realigned to accommodate the huddled — and health-conscious — masses. In this instance, there is a hitch with that approach. I was in a secluded French town called Bargemon, gazing over the dark valley, with two phones and a laptop on record — and an ominous-looking storm drifting towards me. Willem Dafoe was in New York, delightfully chipper and fresh off the photoshoot for The Rake, which took place at the august Carlyle Hotel. The one major technical hitch, when we were cut off for about five minutes corrected itself and it was he who broke the ice (usually in these scenarios it falls to the interviewer). “So you went out for a coffee and came back, did you?” he said. I am pleased to relay that this unexpected bonhomie was evident throughout our entire discussion.

There is something about Willem Dafoe; he is without doubt enigmatic. Imagine trying to sum him up in a sentence. He is a living, breathing Rorschach test: his acting manifests itself in a way that reveals something about those who watch rather than he who acts. It is as if the subconscious is a plaything for his talent. His eyes glow with menace, and comfort with a gentle vulnerability. Perhaps the fact he has played both Christ and the anti-Christ best encapsulates this. It is a force that must be harnessed by the director, which is why, as we will discover, he is selective in whom he works with. A recent (and remarkable) outing as Vincent van Gogh with Julian Schnabel in At Eternity’s Gate shows it is a rubric worth sticking to. He is more interested in the work than the pay cheque. Authenticity is the order of the day then, but t’was not ever thus.

Dafoe grew up in Wisconsin, a “very odd state”, he says. His hometown, Appleton, was the place that gave him his nickname of Willem (he was born William but his high school friends made it Dutch) and fashioned the rebelliousness that would track his career. His upbringing wasn’t mired in trauma or the kind of unhappiness that often inspires the inner artist, but certainly the middle-class ennui wasn’t going to help nurture his natural talent. “While my upbringing was not particularly dramatic or disturbing, it was not conducive to growing artists,” he says. “I didn’t know anybody who was an artist. Conformity and productivity was the order of the day.”

His parents were both in medicine; understandably, the children, of which there are eight, had aspirations and were competitive. His brother Donald has followed his father’s footsteps and become a surgeon of renown, but Willem knew from an early age that the universe had a different path for him. He says: “Me and my siblings were all trying to become overachievers. There was a certain point when I realised I was just interested in other things, I imagined a bigger world out there.”

School was where he began to explore his creative predispositions. It resulted in a journalistic endeavour, in a school ‘video’ class, which had all the iconoclastic tendencies that have defined his near-40 years on screen. “Well, I wouldn’t call it journalism,” he says. “I suppose it was technically tele-journalism; I thought of it as three little short films about outsiders in the community, and I was very aware that in getting them to be transgressive I was inviting them to try to express [themselves] differently from most people in our town. I hadn’t edited all my material, and someone went into my editing room and was shocked at some of the questions and some of the footage, so… ” As a combination of conformity and productivity was the order of the day, “they kicked me out of school”

Read the full interview in Issue 61 of The Rake – on newsstands December 7. Subscribe here. 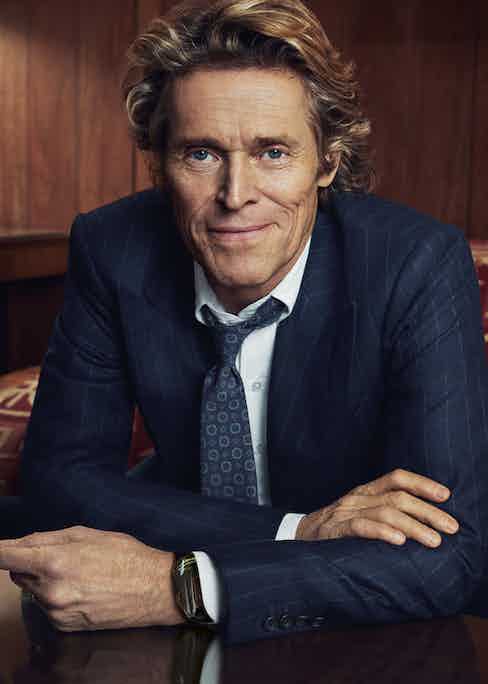 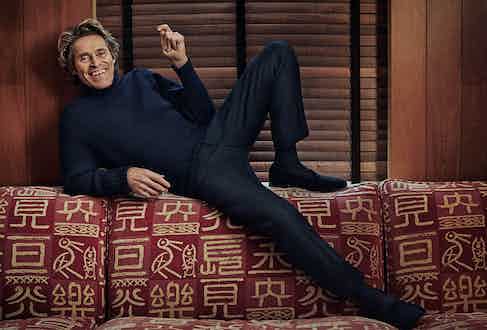 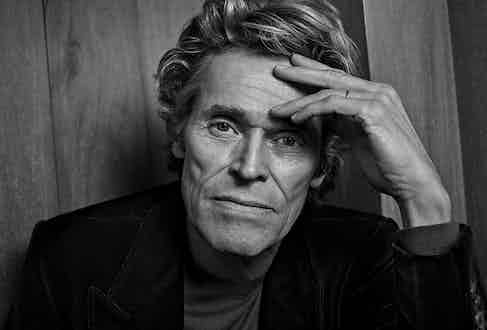 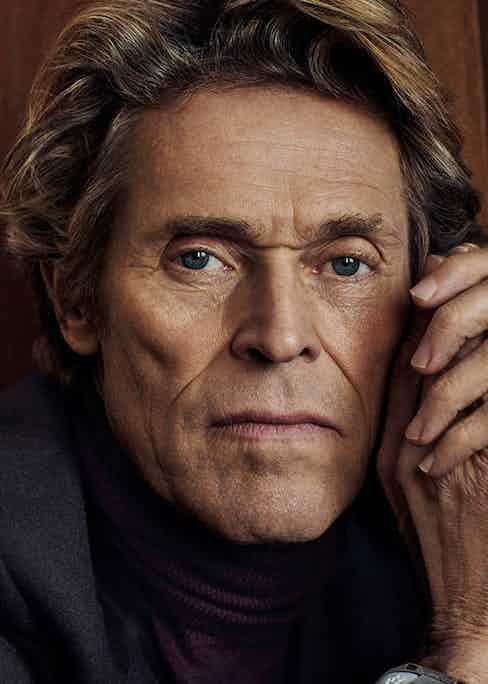 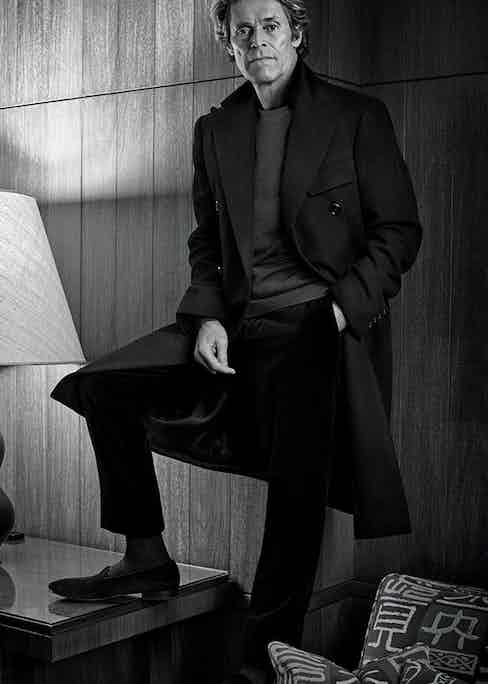 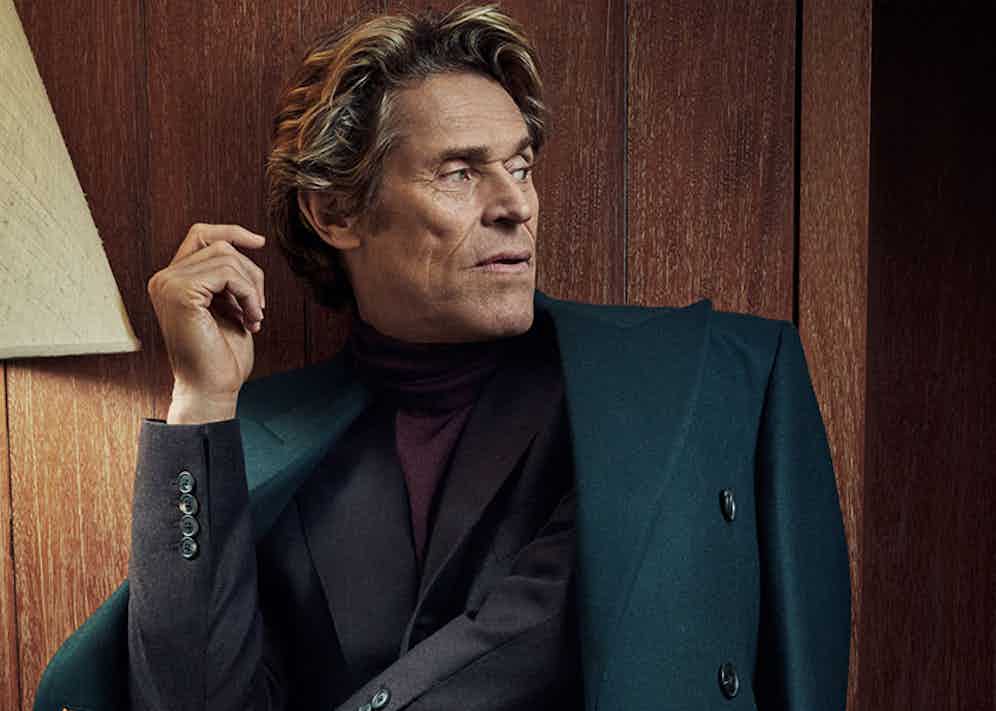