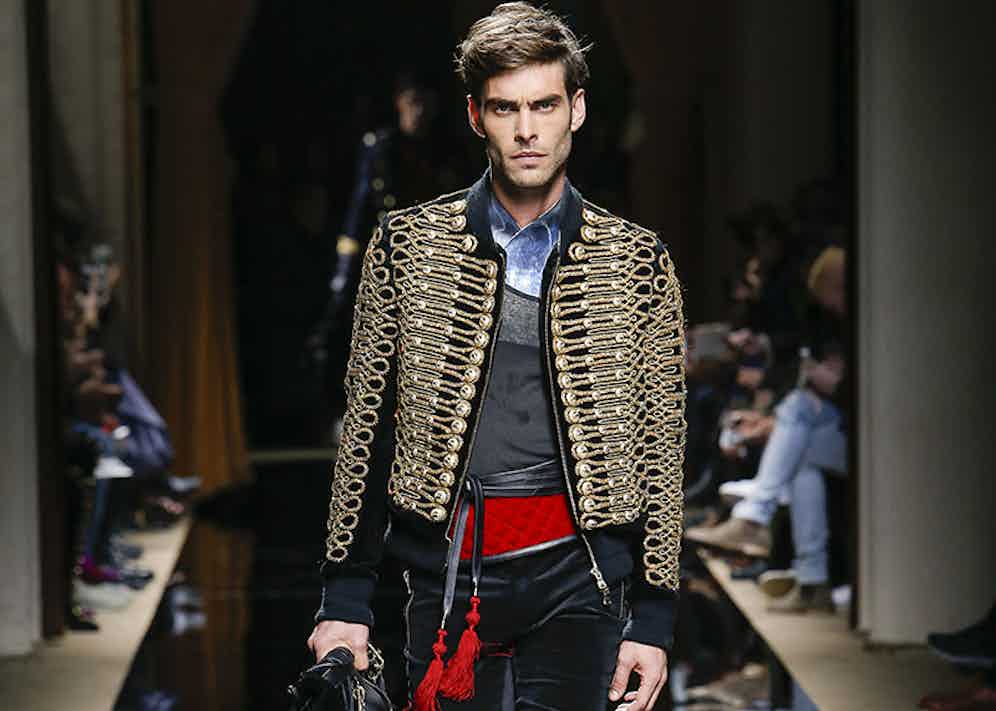 Olivier Rousteing's penchant for theatricality did not go amiss this Paris Fashion Week, where menswear reigned supreme in jewel encrusted military overcoats and tailcoats. Thus creating a new generation of pop culture defined army from Balmain, with added glittering elements from the archives. Let's not forget, this was once Michael Jackson's choice of designer, pre-Rousteing.

The bejewelled garments themselves were in fact a celebration of Paris; the city of lights. Given the incredibly grotesque and sad attacks last year, Rousteing aimed to give a sense of uncompromising optimism through extravagance; embroidered medals, equestrian boots and a jacket belted with a quilted cummerbund were worn with conviction while an orchestra (complete with harp) played a rendition of Kanye West's 'All of The Lights'.

'A singular eagerness to embrace a diversity of creations, cultures and ideas has, of course, continued over generations and centuries, lasting up to our present day - a fact that enrages intolerant minds both here and abroad.'
- Olivier Rousteing

Balmain's army continues to be the most sought after in-crowd, with noted instagram models such as Jon Kortajarena and Sean O'Pry storming the catwalk, followed by their female counterparts - Sasha Luss, Alessandra Ambrosio and Lily Donaldson all draped in tiny crystals and silk tassels in jewel tones. 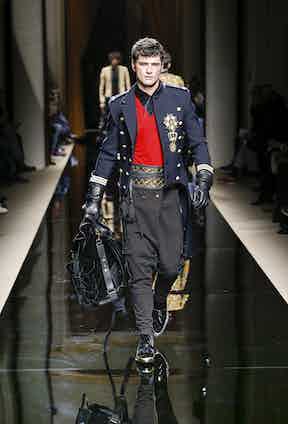 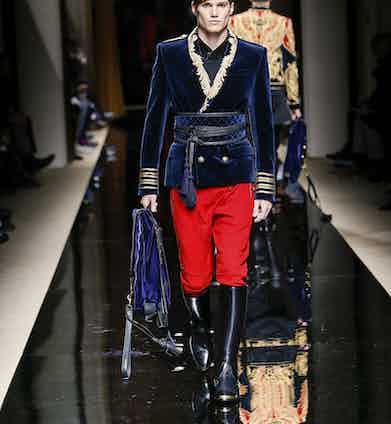 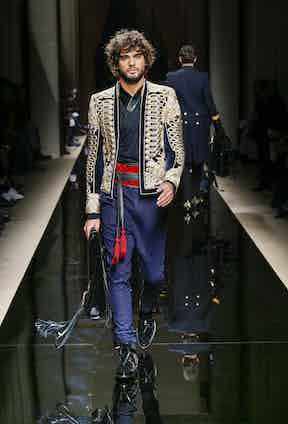 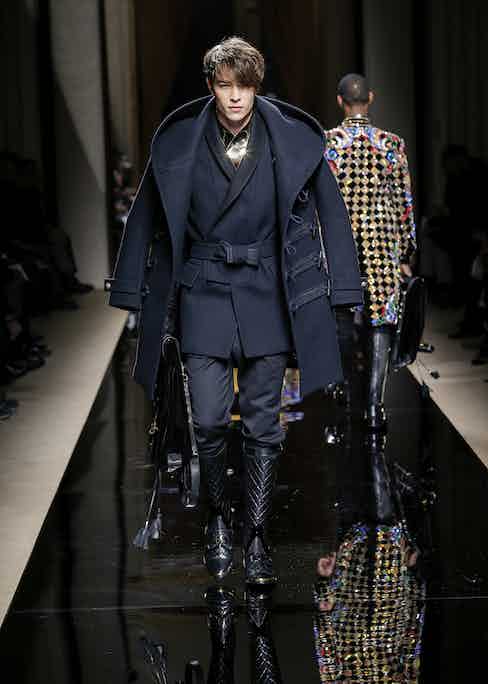 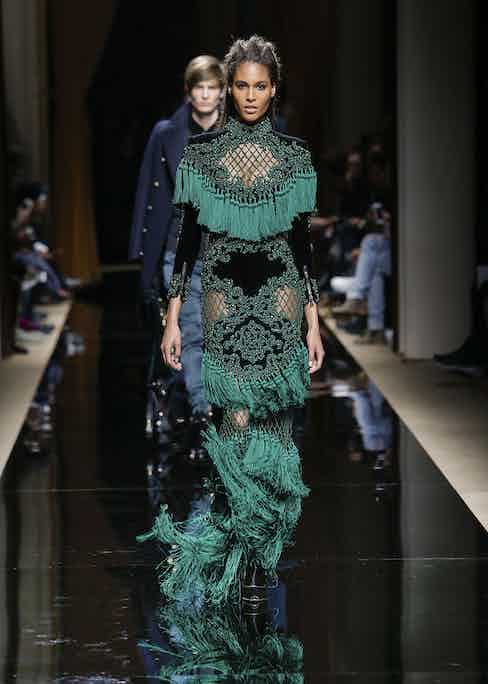