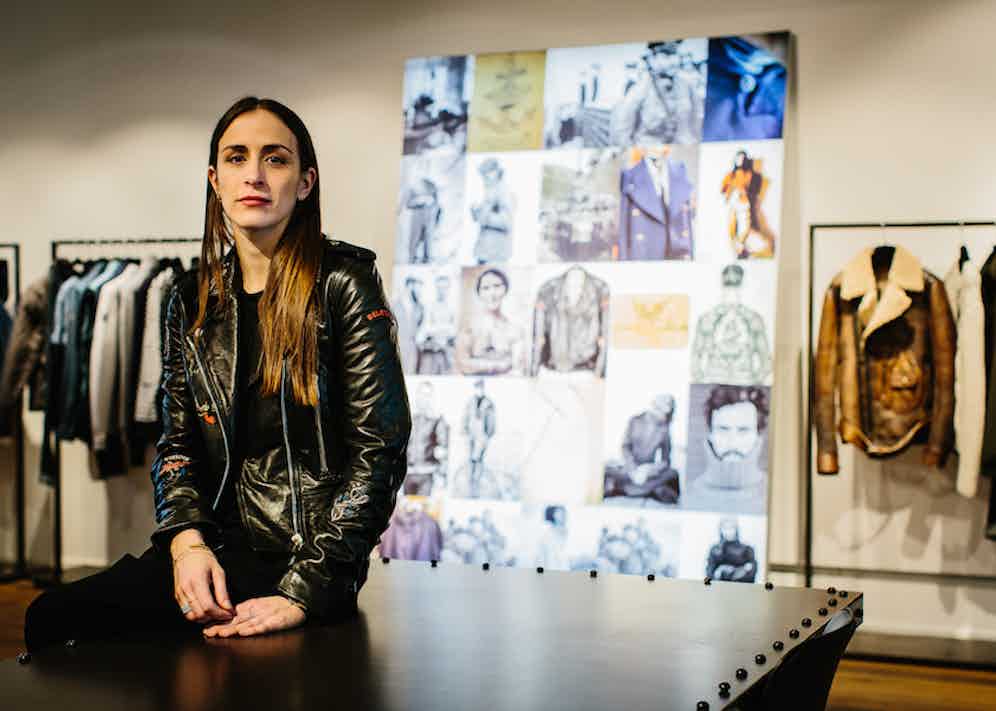 This season marks the debut of Delphine Ninous, Belstaff’s newly appointed Creative Director. After transitioning from Belstaff’s womenswear line earlier this year, she now oversees the house’s entire creative direction. With her new role and Parisian-cool outlook, she’s injected a new lease of life into the British heritage brand, founded in 1924. She has also for the first time in the brand’s history combined both men’s and women’s shows into one — a tactic that’s becoming more and more apparent during show seasons. Whilst Belstaff’s Spring/Summer ‘17 show was heavily inspired by motorbikes — a method of transport that’s synonymous with the brand — Ninous has been inspired by a terrain whereby motorbikes are entirely useless, the British Docklands and its working class workers.

Ninous is without a doubt the coolest Parisian I’ve had the pleasure of meeting and her appointment has doubtless been a worthy choice. She explains how she’s been thoughtful of Belstaff’s history but has updated it; the classic Trailmaster has been updated for instance, shearling coats have been modernised and various vintage looks have been updated. Ninous is to present a collection that’s refined, clean and wearable, and of course, cool. A new era for the heritage British brand, with something for every man who has that adventure gene; whether he’s a city dweller or countryside recluse.

What can we expect from your upcoming AW17 collection?

We have continued to celebrate Belstaff’s heritage whilst also bringing modernity. The silhouette has been cleaned, whilst still being mindful of the adventurer soul of the Belstaff man, and we now envision him in an urban environment. The AW17 collection is strongly influenced by the past but is looking to the future.

What has been your main source of inspiration?

We have explored the Belstaff archives and found some really great pieces, like an all-weather parka and anorak that Belstaff designed for the British Navy. This inspired us to look at sailors and imagine their world on the docklands of London, there we found great inspiration in the edginess of my imagined sailors life. It's not about the preppiness of the navy, I am more interested in the sailors, the docklands, east London. More interested in the edginess that the sailors had about them.

Have you sought out any new fabrics or incorporated any new processes of garment construction?

Protection and innovation is very important for Belstaff, with warmth and all weather protection being key in outerwear. We have used great fabrics which are waterproof and wind breaking. Notably, we have used a ballistic nylon that is washed so it has all the technical properties with a vintage look. We have further developed a special hand waxing technique to give a great patina on cotton and leather.

How would you summarise the collection’s aesthetic?

It’s modern heritage with an edge. I think that the base of Belstaff is a lot in our heritage. It's what we love and we always start from the beautiful pieces that we have in our history. After, what was important for me was to modernise this heritage, so to clean it a little bit like details or fabrics. To give more urban look so it doesn't feel too rugged and its more appropriate when you're in the city or at work. So Belstaff is not just for the weekends. I want to put it back into the city and show how you can mix the heritage with pieces that are more modern to be really relevant for today's men. I always want to put a little edge to it, as I think Belstaff is a brand that makes you look cool and it's important to keep that. When you wear a leather jacket, your different, you're more cool. So I still want to keep that in the collection, so this in this collection it's coming with the tattoo referencing. You'll see when you come to the presentation. It's not about the preppyness of the navy, I am more interested in the sailors, the docklands, east London.

Who is the Belstaff man?

The Belstaff man, he is definitely an adventurer, but an adventurer doesn't mean that you always have to climb a mountain. I think it's more a state of mind of people who refuse the establishment a little bit or push the boundaries that people are always like moving in action. They are people who have personal style and they are strong individuals. Strong men with strong personalities.

What element of the collection are you most proud of?

The leather and the shearling. We have studied new colours that bring a new life to the biker jacket, and have found new qualities of sheepskins for the aviator styles, which are soft to the touch, lighter and have deeper colours. The shapes of the jackets have also been reworked to give a great look. 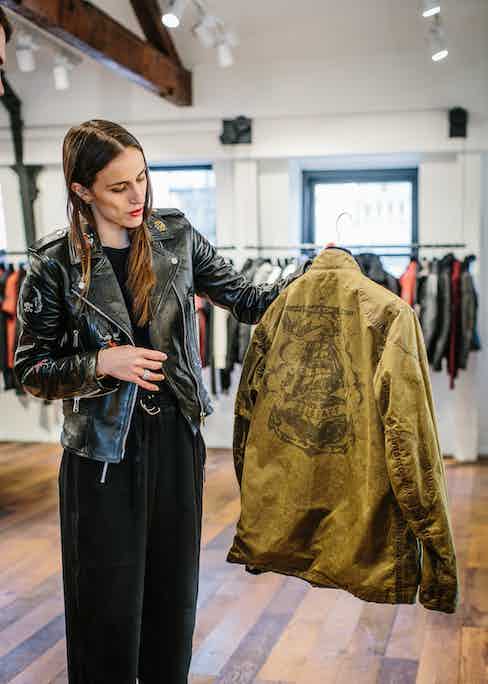 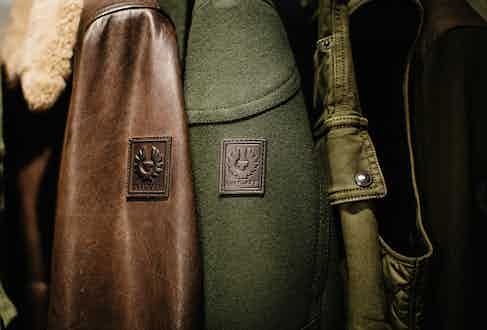 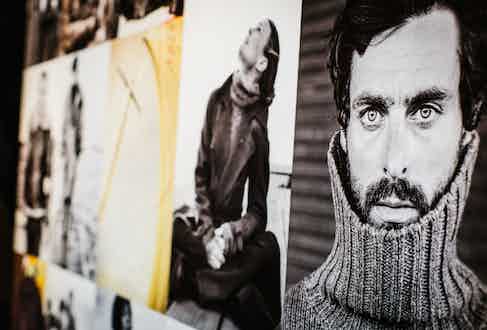 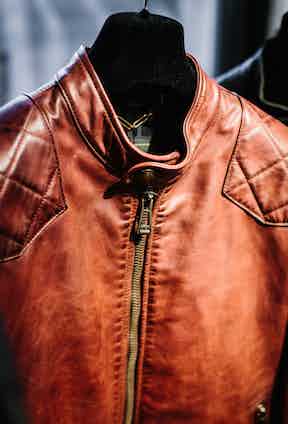 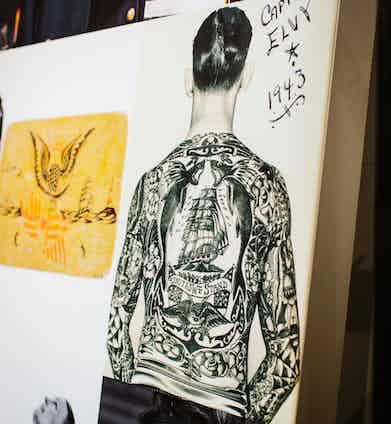 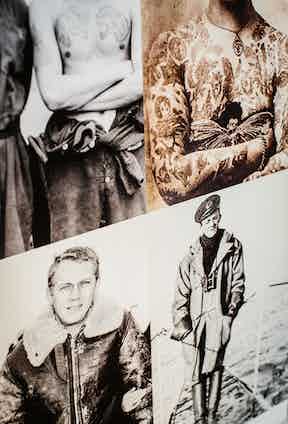 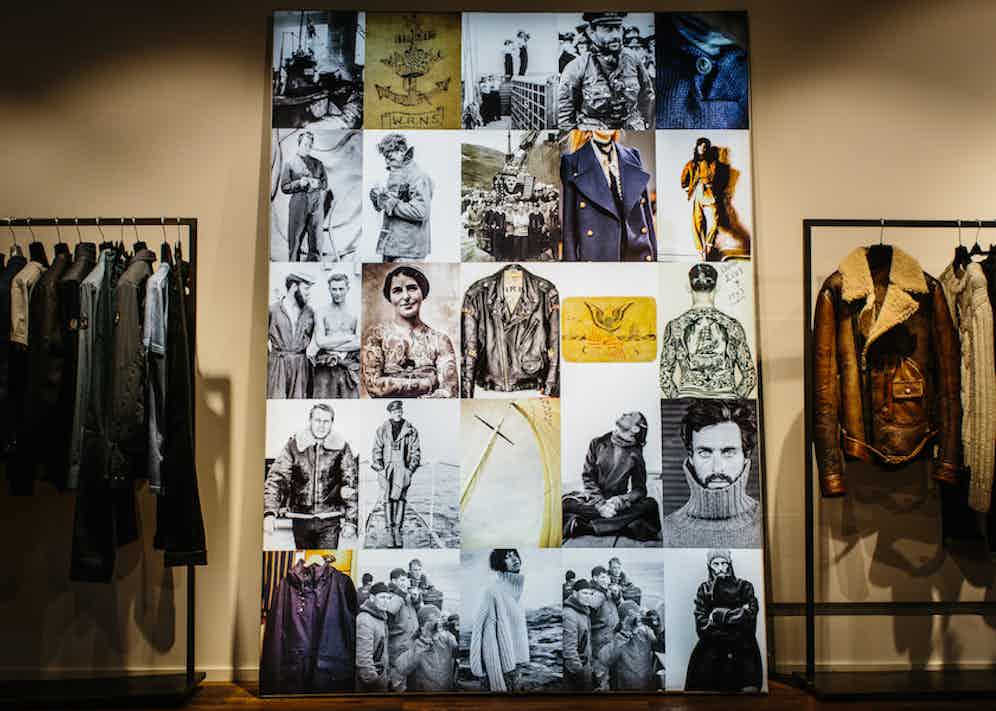