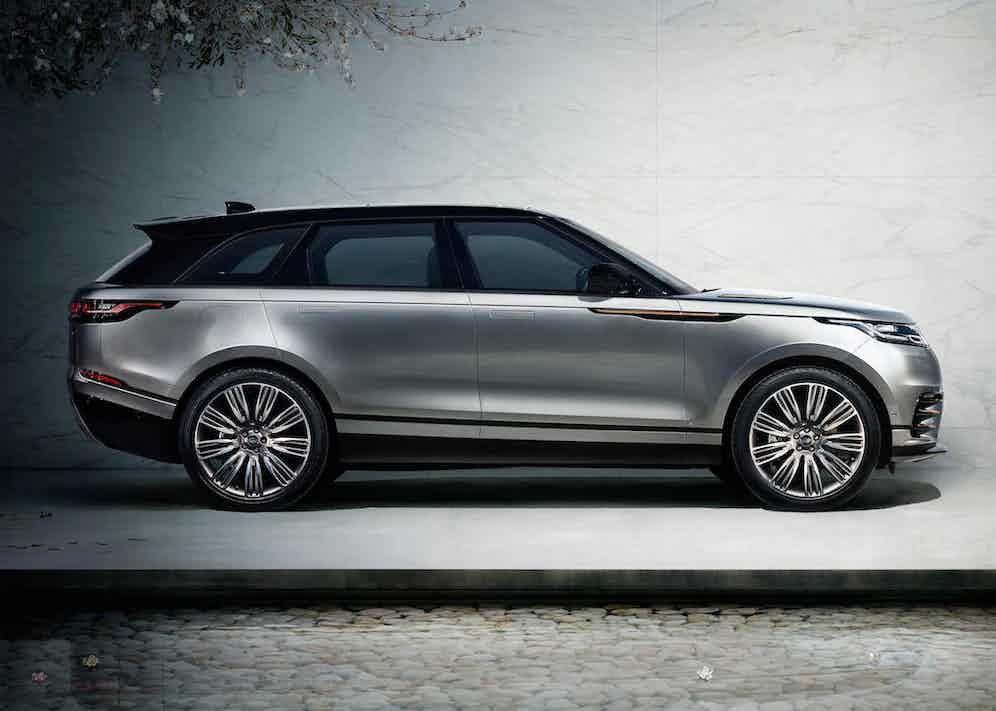 Let’s be honest: Land Rovers once looked like they’d been fashioned from Duplo bricks marinated in diesel oil. Soul-crushinglyutilitarian throughout,their vinyl-and-plastic interiors just begged to be cleaned with a fire-hose after a day at the hunt, and their exterior profile always looked one bunch of mangy pheasants, hung from the radio aerial by a bit of string, short of full-blown stylistic catatonia resulting from bucolically induced nihilism. The Louvre in Paris exhibiting an early model as an “exemplary work of industrial design”, in the aesthetically bereft early 70s, was not exactly a huge compliment.

Fast-forward to the present day, and design-savvy observers at the unveiling of the new Range Rover Velar – which, naturally, took place in The Design Museum, in March - drew in sharp whistles of appreciation in unison, on encountering the gently sweeping roof, seductive silhouette and all round“less-is-more”elegance of a midsize SUV that will bridge the gap between the Evoque and the Range Rover Sport. The flush door handles, the long tail, the short front overhang – all of its design cues conspire to make any keen-eyed beholder’s desire for the vehicle viscera, involuntary.

“I want Land Rover to be known for integrity and excellence with both design and engineering,” Land Rover’s Design Director and Chief Creative Officer Gerry McGovern told The Rake, shortly after the launch (see our April issue for the full interview). “With a higher level of engineering creativity, we’ve been able to do things we haven’t done before. Land Rover’s come from this very functional, no-nonsense background: incredible capability, and so on. What me and my team have tried to do is put design centre stage, but not to the detriment of the engineering.”

"Land Rover has come from the jungle, and now finds itself in the urban jungle."

Named as a nod to the Range Rover Classic pre-production prototypes (the word comesfrom the Latin velare, meaning to veil or cover), the Velar is built on the same engineering platform as the Jaguar F-Pace. Extensive use of aluminium (81 per cent of the body) has trimmed fuel consumption and CO2 emissions, and the environmental credentials continue on the inside, where a dapple-grey, sustainable premium seat fabric, an alternative to leather, is complemented with Suedecloth inserts.

While it has permanent four-wheel drive and enough high-tech gizmology to make the Pantanal wetlands seem like the Tarmac run-up to Jeremiah’s pony club, this is most definitely, primarily, an on-road car (“Land Rover has come from the jungle, and now finds itself in the urban jungle,” as McGovern puts it). Whatever terrain you drive it on, it won’t lack whoopee factor: powering the base model is a 180 horsepower 2.0-liter turbo-diesel four-cylinder engine (that’s 317 lb-ft of torque at your right toe), while there’s also a supercharged 3.0-liter V6 version that boasts 380 horsepower, 0-60 acceleration in just 5.3 seconds and a top speed of 155 mph (all models are have eight-speed automatic transmission).

However zippy and robust performance, though, it’s the Velar’s looks that put this vehicle ahead of the zeitgeist. McGovern describes design as a “conduit”, which “communicates a brand and its creativity”. That being so, the Velar might be seen as a statement that Land Rover aims to do for road vehicles what Apple has done for computer hardware.