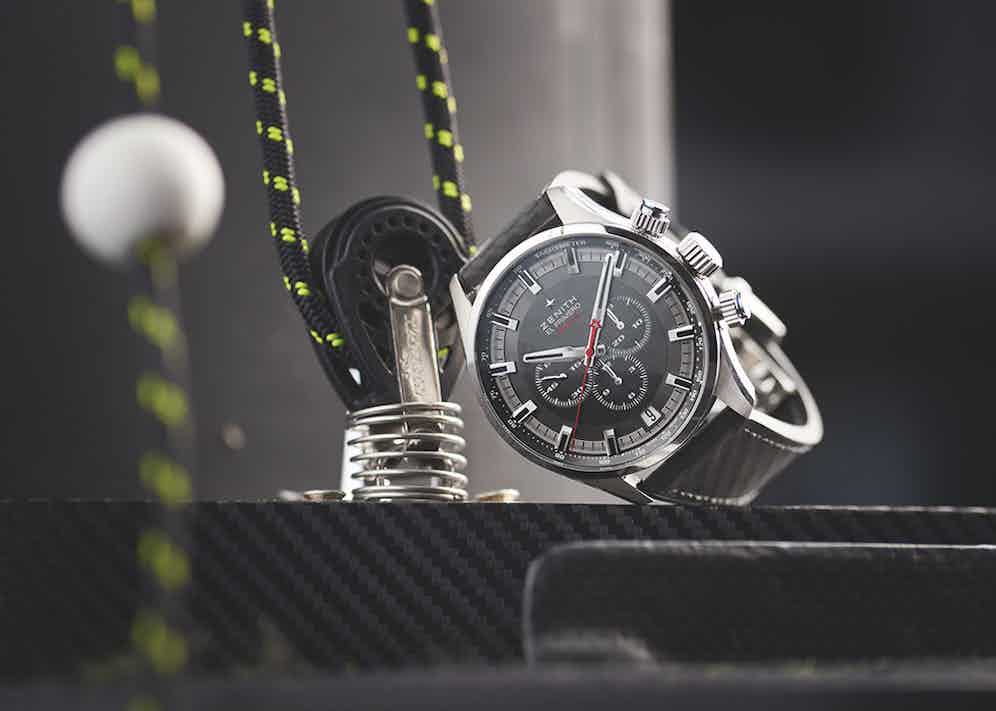 A week or so ago, our Founder, the venerable Wei Koh penned a feature on TheRake.com entitled ‘Hello Mr Porter’. Though the story was primarily a celebration of the fact that luxury watches are finally going to be available for purchase through the online retail magnate Mr Porter, many other pearls of wisdom were distilled on the current state of the fine watch industry. His message was clear, the association of timepieces with luxury lifestyle and different identifiable environments is the new world order for watchmakers, who are starting to counterpoint the challenging international watch market by embracing opportunities to place their creations into different compelling lifestyle contexts.

As Mr Koh pointed out, Zenith, perhaps more than any other luxury watch brand has embraced this brave new world over the past year, and is “transitioning into a global luxury lifestyle brand” in all the right ways, thanks in no small part to the vision of CEO & President, Aldo Magada, who it seems is a firm believer in placing watches in different contexts. Over just the past year, Zenith has partnered with the king of Habanos cigars, Cohiba, on the Zenith for Cohiba El Primero Chronomaster, and with the Distinguished Gentleman’s Ride to enter the realm of sartorial motorcycling culture, pursuing the noble cause of raising funds for prostate cancer research and suicide prevention. Most recently, the manufacture partnered with Land Rover on the release of the El Primero Range Rover Special Edition chronograph, a fantastically robust timepiece that marked a joint celebration of the year 1969, in which the legendary El Primero movement was born and in which Land Rover launched the original Range Rover as the world’s first luxury SUV.

Now, building on this latest partnership, Zenith has taken one step further down the path of contextualising its watches for different audiences, and has been announced as the official timing partner for Land Rover BAR, four times Olympic gold medalist Sir Ben Ainslie’s world-class competitive sailing team. The announcement took place last weekend, during the final racing for the Louis Vuitton America’s Cup World Series in Fukuoka, Japan, at which I’m pleased to report Land Rover BAR were victorious. The America’s Cup, for those who may not be aware, is a near-mythic international sailing competition, which was founded in the UK some 165 years ago in 1851. In spite of this, a British team has never won the Cup, so Sir Ainslie has taken on the greatest challenge of his career to date - to win the 35th America’s Cup and to ‘bring the Cup home’ to Blighty.

"Zenith is long heralded as a watch manufacture that has supported challengers, adventurers and champions."

It’s a noble endeavour indeed, one that Zenith is uniquely positioned to support. Long heralded as a watch manufacture that has supported challengers, adventurers and champions, an El Primero was strapped to the wrist of Felix Baumgartner during his free-fall from the Stratosphere in 2012 for instance. A number of Zeniths also accompanied the team led by Colonel Blashford-Snell on their dogged trek through the rainforest to cross the Darien Gap in 1971-2. Now, the 45mm-diameter El Primero Sport is to be worn by Sir Ainslie and his team as global ambassadors for Zenith, during their preparations for The America’s Cup 2017, with the El Primero 400B automatic chronograph keeping a split-second perfect track of their progress. As Sir Ainslie put it when speaking with The Rake, “Timing is everything in life. For sportsmen in a competitive environment, it’s critical. Zenith is a pivotal partnership for us as a team, it helps us to maintain our standards.” What is more, word has it that Zenith will be releasing a limited edition Land Rover BAR El Primero model at some point over the next few months, celebrating this partnership still further and its desire to “support the team”, as Magada puts it.

Speaking with The Rake, Magada’s philosophy on developing Zenith as a brand is clear; “The individual human being is incredibly important to us, that’s why supporting a team like Land Rover BAR and being part of the adventure is important. We have different collaborations and collections to help our clients realise that Zenith watches are designed to the best companion possible in any context – we want our watches to excel in any situation or environment.” It is this desire to create watches that are connected effortlessly to the lifestyles and interests of Zenith’s audience that makes the manufacture so compelling, and which makes the relationship with Land Rover BAR all the more important. As Magada explains, the partnership serves a practical purpose as much as it does an ideological one, “sportsmen and ambassadors make the brand better because they help to improve our product. The team helps us to research and pursue elevated performance in our watches.”

It is this pursuit of superb performance, technological innovation and research that binds Land Rover BAR and Zenith together, and makes for such a natural partnership – after all, sailing at the highest level is reliant upon cutting edge technology and design, as much as it is upon the Herculean efforts of the sportsmen involved. What is more, for Zenith, this partnership reinforces the manufacture’s aim to be the best it can be both technically, and at creating timepieces that are the perfect partner for their owner, no matter his requirements or tastes. It’s an engaging statement of intent that places Zenith at the forefront of the paradigm shift in the luxury watch industry. One cannot help but wait on tenterhooks to see what surprises the manufacture has in store for 2017 and what form what the new Land Rover BAR El Primero limited edition will take, one suspects that both will be rather special. 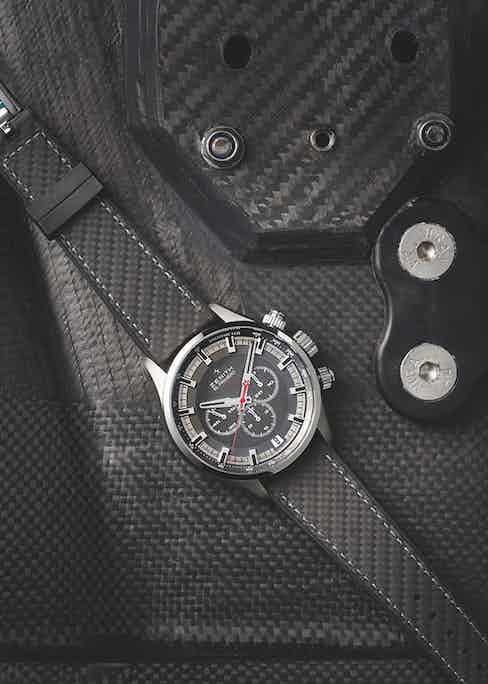 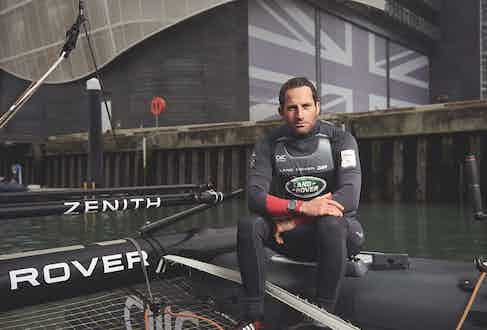 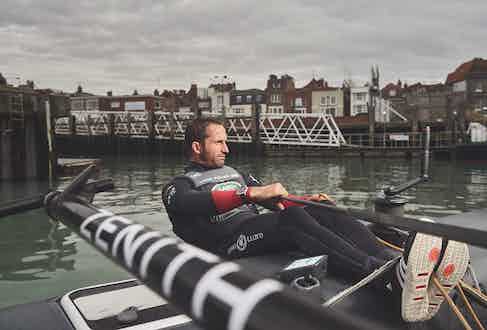 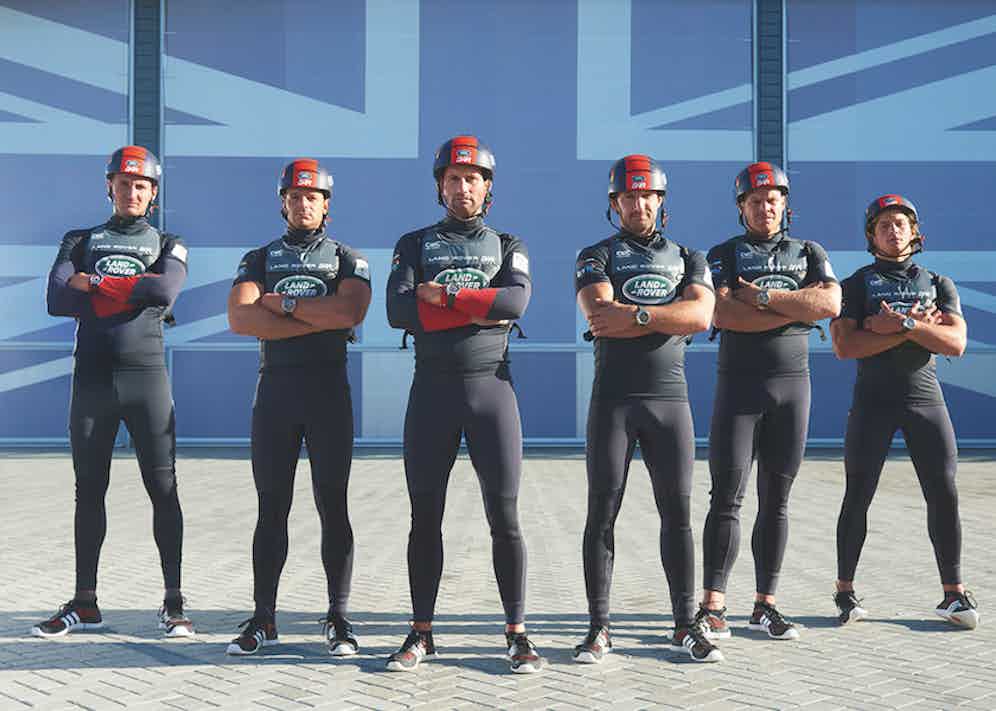