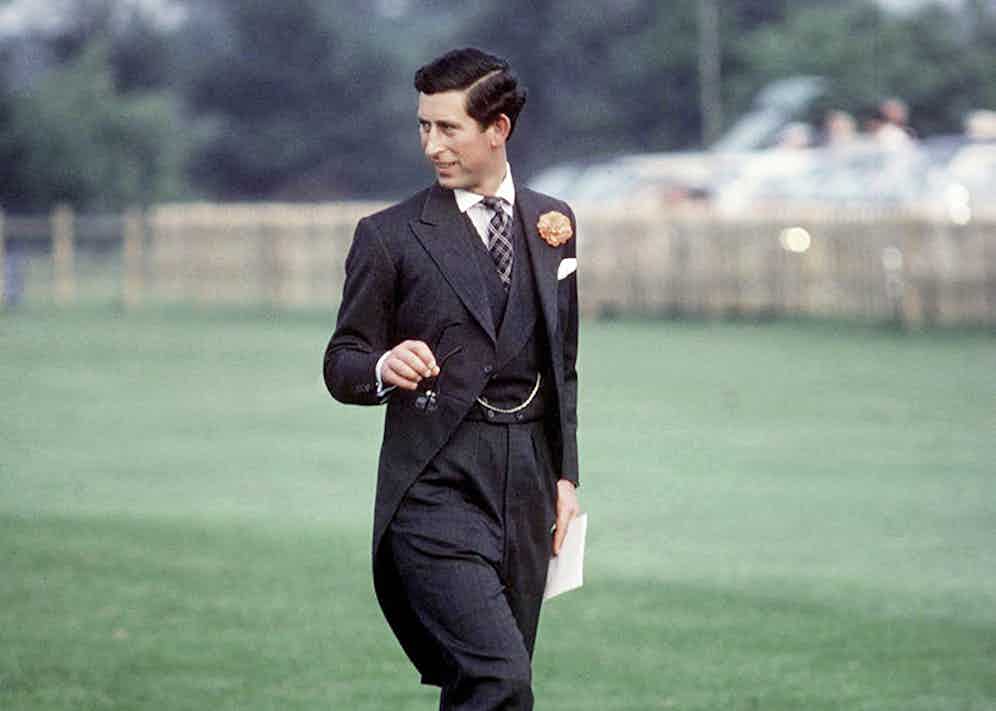 Following on from the sage advice of our sartorial specialist, Christopher Modoo, on rakish wedding attire, I thought that it might be an idea to proffer some of my own words of (attempted) wisdom, and suggest a few pointers on a sartorial subject that The Rake, to my knowledge, has never covered: morning dress.

Whether for the races, a wedding or a ceremonial dubbing, the opportunities to really morning dress-up are few and far between nowadays (although I’d like to think that at least a handful of the gentlemen reading this have a knighthood), which makes the art of mastering morning dress even more arcane and mystifying in the modern world. Nevertheless, sources for inspiration and education can be found, and as always in the sartorial sphere, often the best way to create an ensemble that feels forward thinking is actually to turn one’s attention to the great romantic dressers of the past.

Time-honoured proponents of mid-century morning suits, such as Gregory Peck and The Duke of Windsor deftly demonstrate the art of elevating the dress code, but one man above all, should be heralded as the its greatest proponent: Cecil Beaton. Beaton, an uncompromising dreamer and aesthete, possessed a particular affinity with morning dress – perhaps because of its inherently nostalgic quality and association with those uppermost echelons of the haute monde that he worked so hard to infiltrate.

Critiquing one of Beaton’s finest morning looks is rather like penning an ode to a sartorial demi-God. Nothing is overlooked and everything is executed beautifully. For starters, toppers are tall and bow beautifully, to be worn exclusively at a jaunty angle (to hell with propriety), made from either fine blocked beaver pelts or rare French silk. Perhaps most notably, there’s a delicate harmony of proportions at work in each of Beaton’s morning suits. He had several made during his stint as high society’s de rigeur photographer of choice, but they all adhere to the same winning formula: coats are cut close to the chest, much closer than a civilian suit coat of the period – which is necessary given the way that a morning’s coat lacks a skirt at the front to keep it sitting flush to the figure. Tails reach exactly to the back of the knees, lapels are broad with some belly but never too wide (even I, with my penchant for 4.5” wide lapels would suggest going no further than 3.75” wide on a morning coat), and shoulders are clean and simple – without too much weighty padding.

"Critiquing one of Beaton's finest morning looks is rather like penning an ode to a sartorial demi-God."

Beaton also demonstrates most effectively, that waistcoats for morning dress should be short, whether single or double-breasted. The coat’s quarters are quite obviously cut-away from the waist downwards, revealing a good deal of torso and there’s nothing less elegant than seeing two crumpled linen waistcoat tips protruding beneath, much better to see a pair of forward-facing trouser pleats flowing seamlessly from underneath instead. This means of course that your trouser rise will need to be relatively high and supported by silk braces (which The Rake recommends as the most comfortable option for summer) to allow pleats to fall openly.

Morning trousers suit a wider leg without turn-ups and should feature only the lightest of breaks (again, don’t take just my word on this, Mr Modoo’s advice will confirm this). It’s a myth that coats can only be cut in black herringbone or mid-grey worsted, vintage fashion plates and illustrations illustrate that dark, dusty shades of chocolate or earthy grey-brown herringbones are acceptable too, though navy is seen only very rarely and was thought rather gauche even during the 30s and 40s. 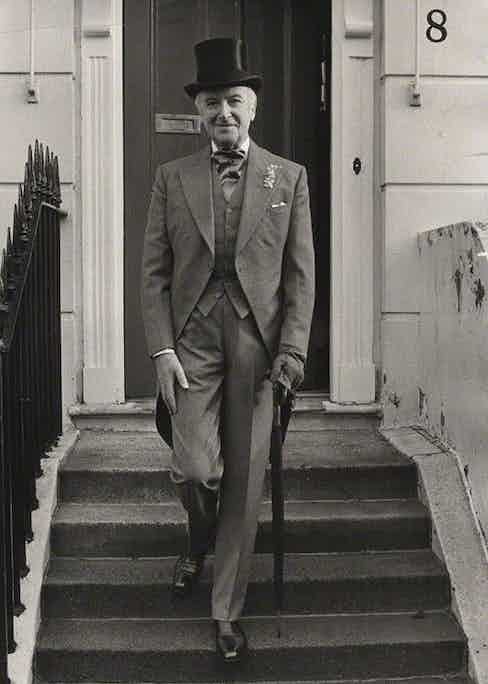 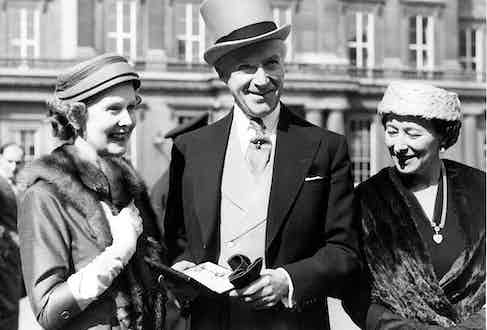 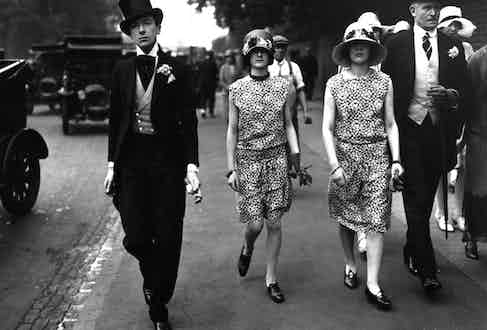 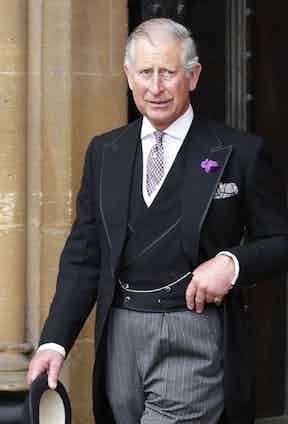 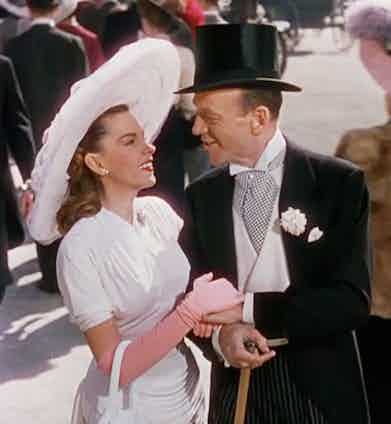 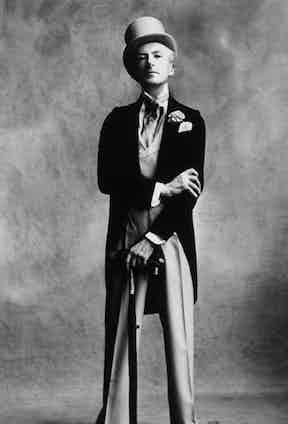 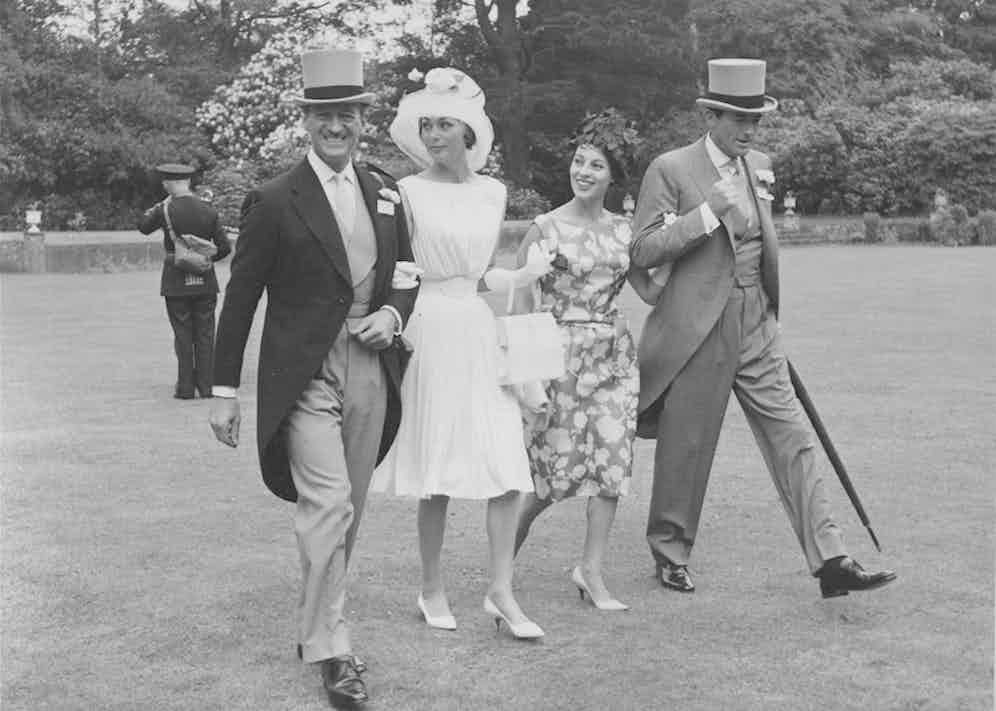 The colour of your coat will of course also impact upon the waistcoat. Beaton always opted for a single-breasted with a grey morning suit, and double-breasted with a black coat and morning trousers, though Gregory Peck’s famed Huntsman morning suit was a grey three-piece with double-breasted vest. Plain linen or tropical worsted is the conventional cloth of choice for a contrasting waistcoat, dove grey is a safe option if a little pedestrian, but champagne, fawn, powder blue or dusty pink make for fun alternatives. Slips are often overlooked nowadays, but one should always make the effort to have some added. They’re supremely old school and Mr Modoo informs me should only be worn with a starched collar.

A trouser featuring a dark grey morning stripe is conventional, but not mandatory – dove grey houndstooths, herringbones and Prince-of-Wales check are acceptable and infinitely more interesting alternatives. Shoes must remain black, and highly polished, see a shoeshine if you’re not inclined to do it yourself. Both David Niven and Beaton also deftly demonstrate the value of a cravat. Should you be bold enough to pull one off (starched wing collars are a must with this look), it lends a supremely elegant, neo-Edwardian quality to your ensemble. Plain white or cream shirts are acceptable, but should one wear pale pink, lilac or blue, a white shirt collar should not be forgone - it lends an added level of formality that is necessary to the harmony of the look.

"It is my own personal opinion that men who wear novelty ties with morning suits should be beaten raw with olive palms."

Morning dress, above all, must be discreet. It should not be showy and it should never be gauche (it is my own personal opinion that men who wear novelty ties with morning suits should be dragged out of the royal enclosure, stripped naked and beaten raw with olive palms) and alongside Beaton, those gentlemen that wear it best eschew low-rise trousers, brash colours and cheap patterns in favour of the classical aesthetic expounded most compellingly by the dandies of former eras.

Today, His Royal Highness Prince Charles is arguably the finest example of truly elegant morning dress, made by Anderson & Sheppard as it is, utilizing and timeless and traditional silhouette, he demonstrates admirably the appeal of both a three-piece grey morning suit, double-breasted waistcoats, slips and for grosgrain lapel piping.

At its best, in the hands of gentlemen like Beaton, morning dress holds the power to present an image of the polished gentlemen at his most elegant, and one might even go so far as to say his most genteel. It represents an uncompromising feat of sophistication, sartorial harmony and the art of dress at its most precise, yet effortless. When next you should happen across the opportunity to embrace the dress code, don’t shy away from it – or try to rewrite the rulebook. Instead, heed these words and learn from these few romantic morning-suited icons – the result will look surprisingly modern.