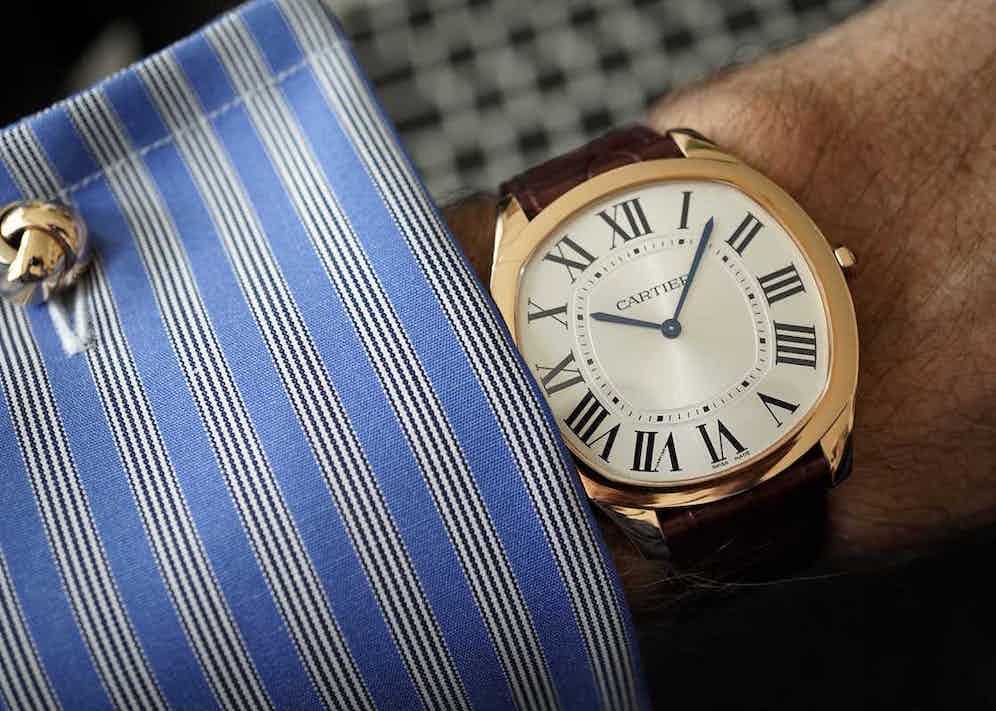 It must have been around December, when I heard the rumor that Cartier was going to present a new Drive de Cartier, without a date window. I was a bit puzzled at first. I could not understand how just leaving out the date window would warrant calling a watch new compared to the base version of the Drive that was announced just over a year ago now.

Since the announcement, the date window, placed at 3 o’clock on the watch’s dial, has been a point of much discussion. Such complications, especially the cut-out version of the date window, are more often than not a love or hate affair among collectors.

Much to my surprise the new — and fourth — model in the Drive collection turned out to be a complete turnaround. Besides the lines of the cushion-shaped case and the large blued baton hands, all other aspects that made the Drive, the Drive have now been eliminated; replaced instead with a cool and vastly minimalistic design.

Let me set this straight from the start: this new watch should not be seen as an upgrade or as a refreshed version. It is, in fact, the dress version of the Drive series and a proper new addition to the collection, which now contains five different models as of this year.

The original Drive de Cartier models, at least the time only and the one with a small complication, are intended to be sporty watches and were created to handle any occasion. Fairly new for Cartier was the sexy looking domed crystal that gave the watches an almost vintage kinda look. Both these models were equipped with Cartier’s own automatic calibers: the 1904-PS MC and the 1904-FU MC. These were based on the automatic 1904MC, which was Cartier’s first Manufacture automatic caliber.

For the Extra Flat version, Cartier’s teams in Geneva and La Chaud-de-Fonds had to start almost from scratch. The idea for a new addition was a smaller, dressier timepiece; a stylish watch that had to have a lot of Cartier DNA without losing the identity of the Drive collection. Not an easy task when you think about it. In order to meet the brief, the team had to start first with the inevitability of a fresh new case design. 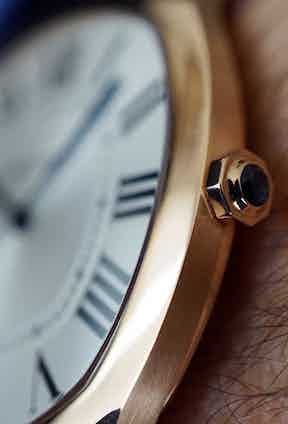 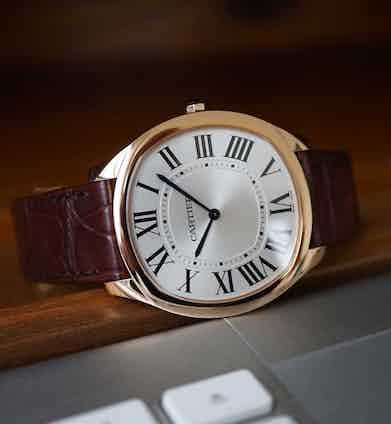 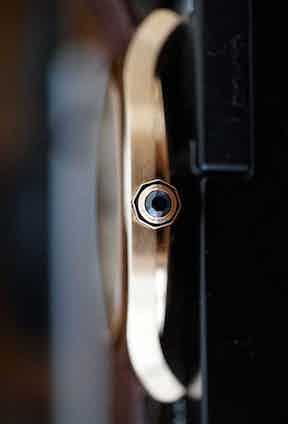 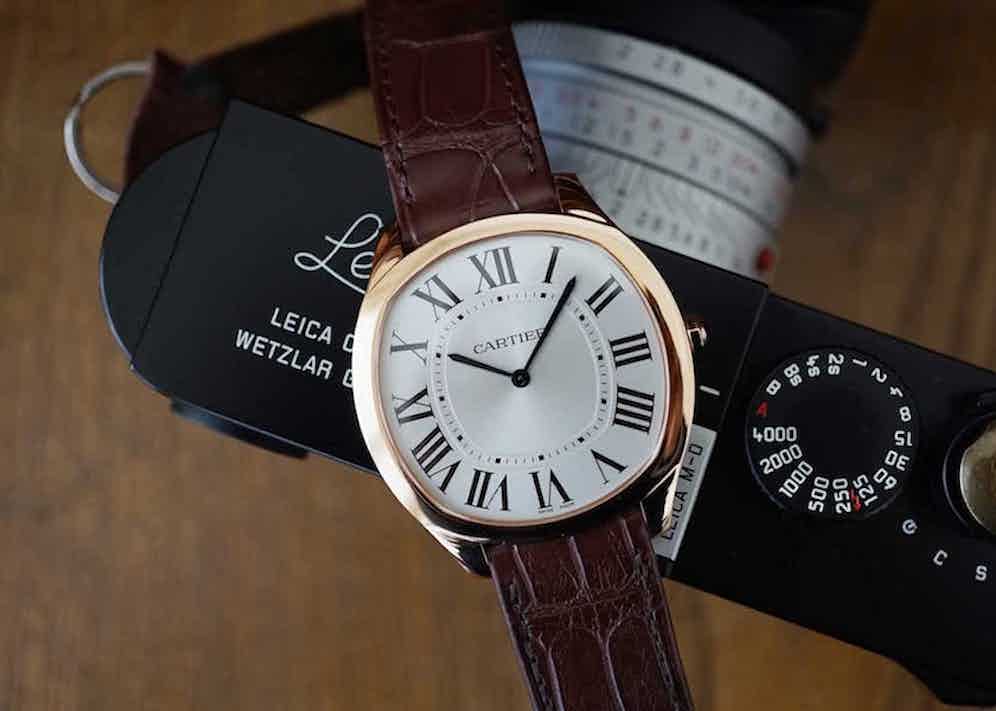 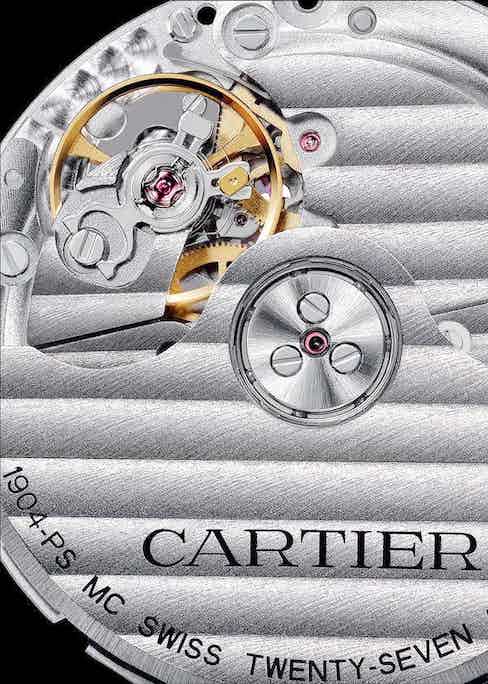 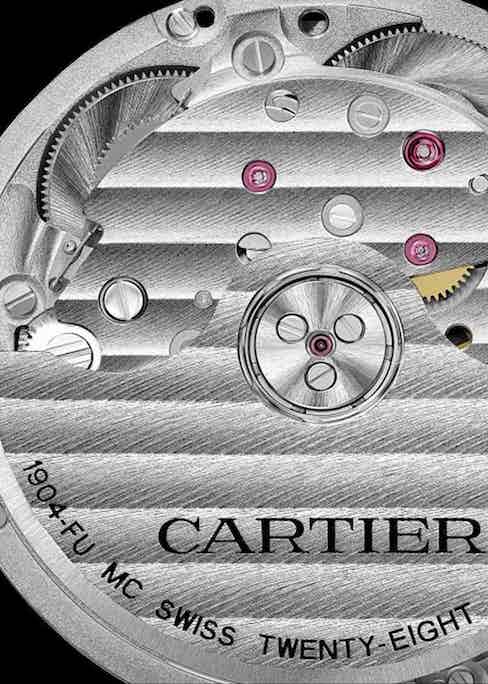 An initial trial of the watch around the wrist, or even a close look, will immediately make it obvious that this new Drive is smaller than the previous models. And while the case was only reduced from 40mm to 39mm, the total effect of the small differences is really quite phenomenal. Best part is that they’ve managed to do all this and have the watch’s height at a mere 7mm. Hence the reason why this new watch is called the Extra Flat, which is 40% slimmer than the existing Drive watches.

Gone is also the domed crystal and the guilloche dial, that characterized the first Drive models. The new flat crystal seems sunk into its case, just above the sunray and satin-finished dial, which greatly balanced with the twelve roman hour markers. No date window or third hand here to disturb the serenity of the watch’s face.

To make the watch as flat as possible, the team opted for the mechanical Piaget 430MC movement. Cartier has used this Piaget (430p) movement with great success for many years. For instance, the 2005 version of the Santos Dumont uses this same movement. Carole Forestier-Kasapi (Head of Movement Creation) explained during the presentation that there are no plans to exchange this movement for an in-house one since a transparent back would only add to the watch’s thickness. This is also why she’s opted to give the Drive de Cartier a closed back.

The robust and comfortable sapphire set crown on the case’s side, makes it easy to juice up the hand wound 430MC’s power reserve of 43 hours.

The Drive de Cartier Extra Flat is probably the ultimate dress watch created by Cartier for gentlemen in recent years. But don’t worry about always having to wearing with a tux. I figure it would look just as handsome with a simple sweater and jeans.

Since only 200pc have been produced in white gold, it’s best to call a Boutique, to locate one, if this one’s caught your eyes. Chances are it won’t remain on that shelf for too long. 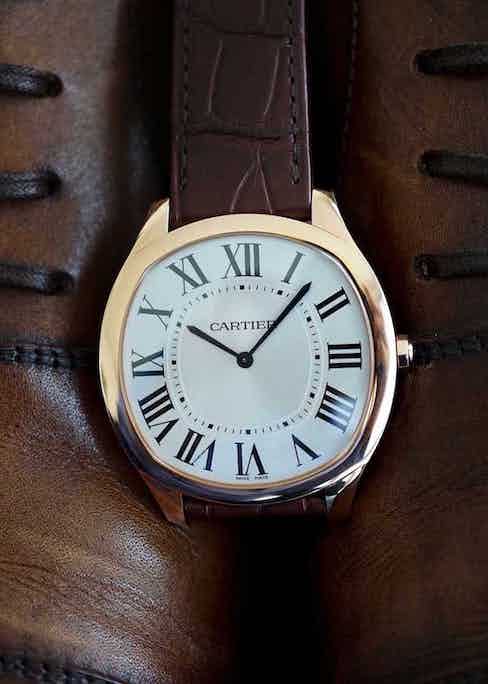 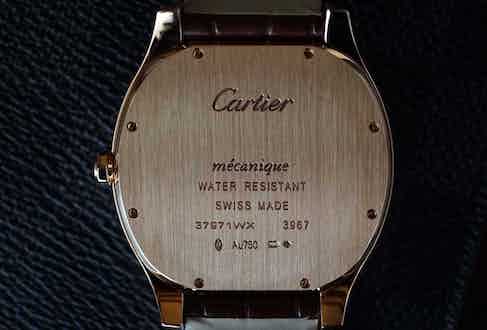 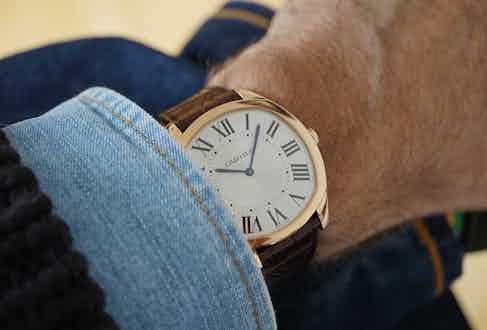 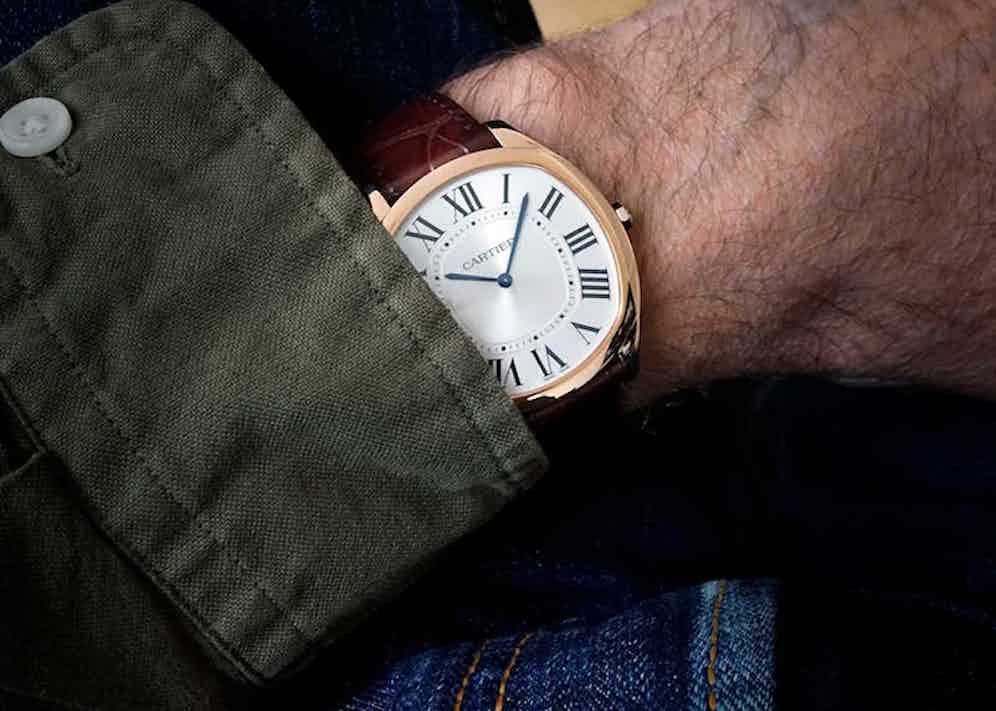