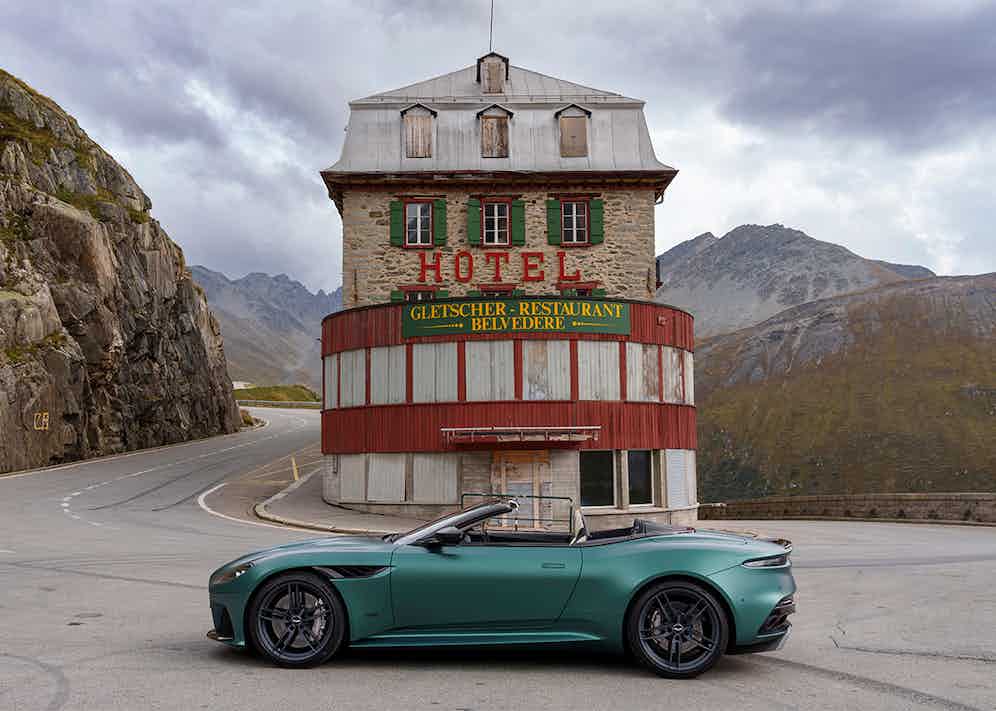 The Rake Visits the Furka Pass with Aston Martin.

Sixty years on, The Rake were invited to celebrate one of the world’s most recognisable partnerships within the franchise and possibly, British culture; James Bond and his formidable Aston Martin. The itinerary included an array of Aston Martins, a three day road trip through the Swiss Alps with a pitstop at the summit of Goldfinger’s famous Furka Pass, and culminated at Monza’s 100th birthday celebration for round 16 of the 2022 Formula 1 season. 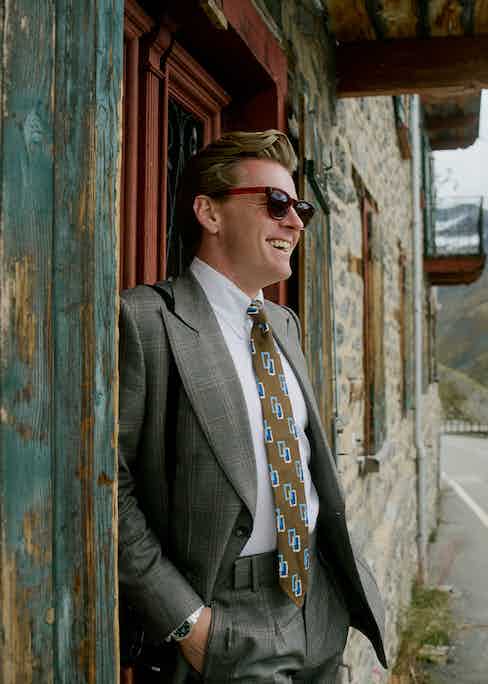 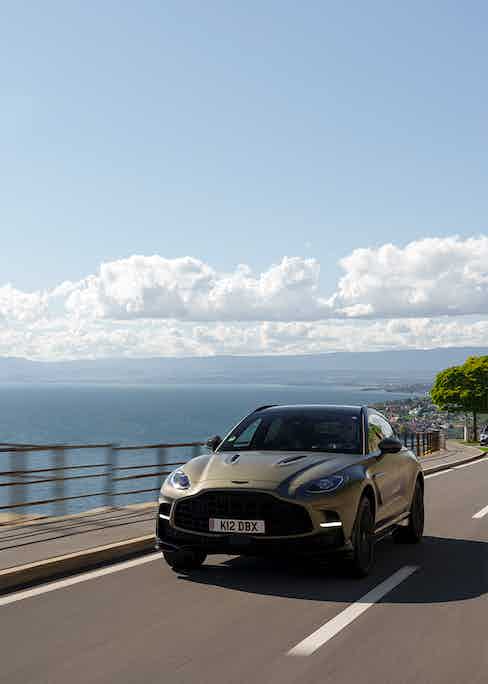 As we woke in Geneva on our first morning, I was handed the keys to the world's most powerful SUV, Aston Martin’s DBX707. Admittedly, when you close your eyes and picture an Aston Martin, an SUV is not the first (nor the second) car you see. Skeptical at first, it was no more than five minutes later until I entered my first Swiss tunnel and did the mandatory; rolling down my windows before a quick downshift and a mildly arrogant, fast acceleration to gain a real feel for the 4.0 litre twin-turbo V8. Comfortably quick to cruising speed, the smile on my face erased all doubts and I immediately realised that I was behind the wheel of a Vantage on stilts and every soccer dad’s dream car.

A few hours later, we stopped to visit the 230 year old luxury watch house, Girard Perregaux for a truly unique experience discovering the legacy of their craftsmanship behindthe art of Haute-Horlogerie. It was when we entered the clincle-like environment and were greeted by the handful of passionate watchmakers that were responsible for the assembly of every tourbillon piece, that my jaw hit the floor. Standing in a room with some of the world’s finest watchmakers and witnessing the precision of a Tourbillon with Three Gold Bridges come to life in front of me was mesmerising. Departing Girard Perregaux and rounding Lake Geneva, we danced the twisting roads in descent of the Swiss Alps to arrive at the Crans Ambassador, a luxury hotel based in the mesmerising ski-town of Crans-Montana. A warming negroni in hand, we ended our day gasping at the views of the snow-capped peaks. 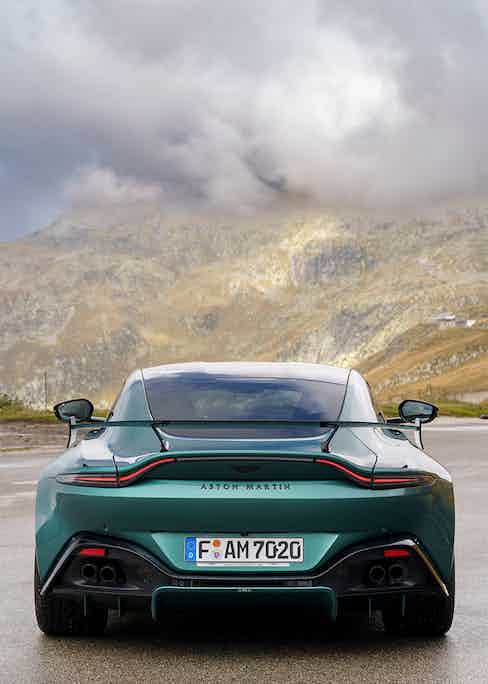 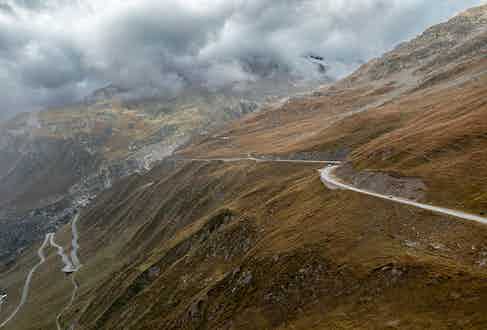 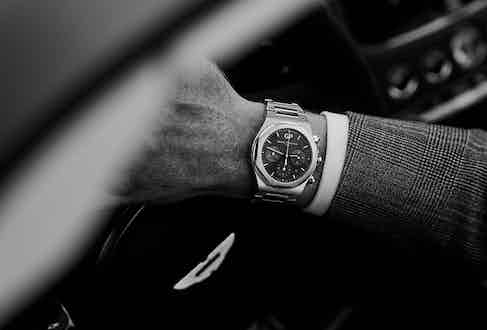 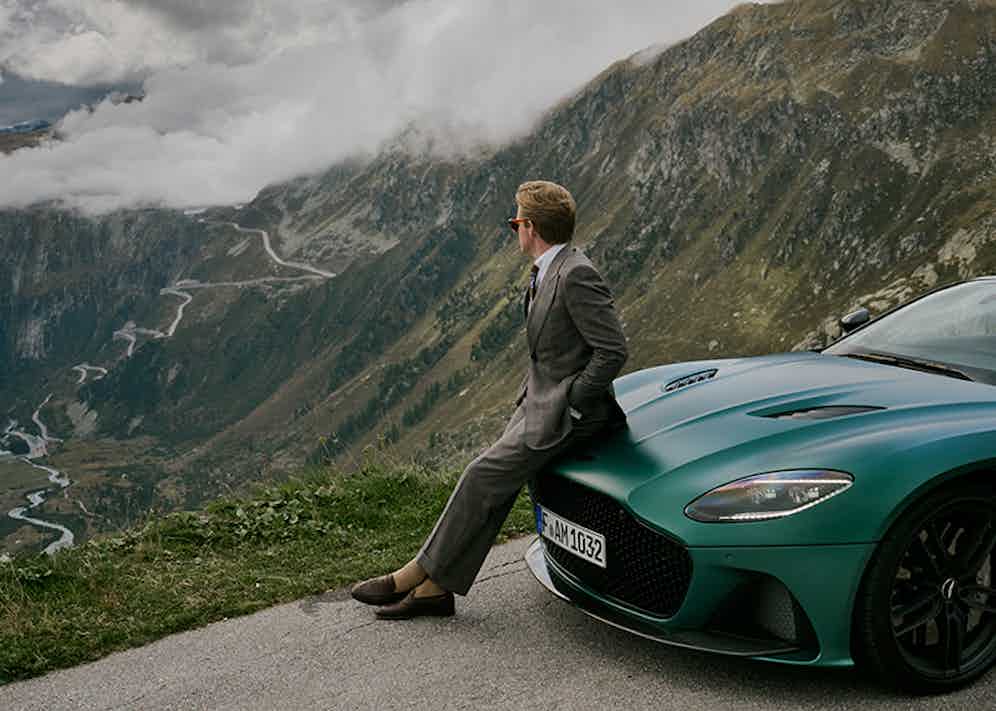 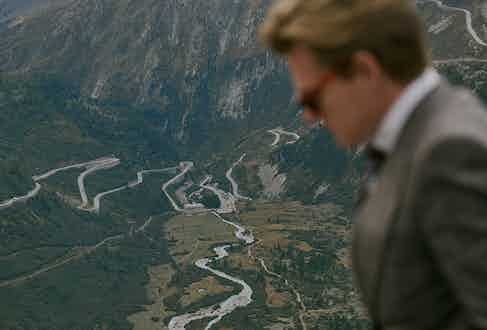 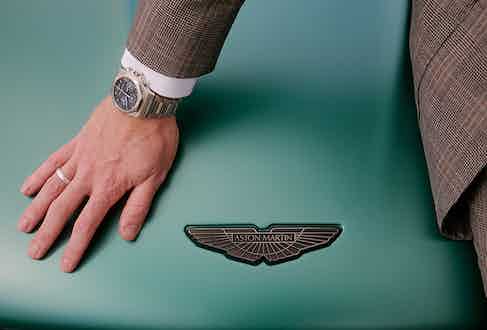 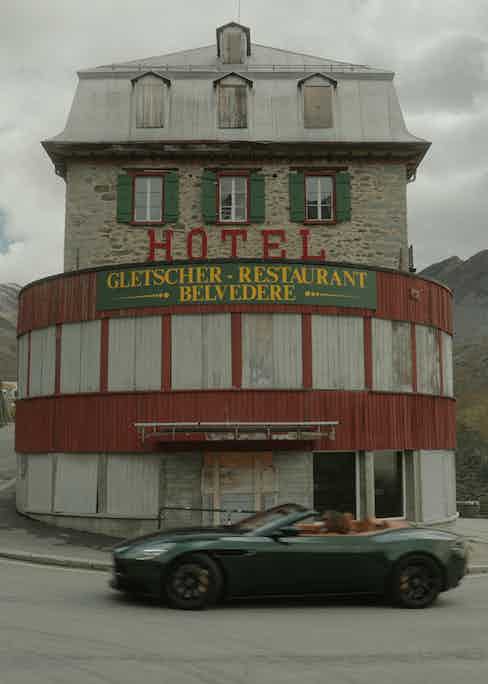 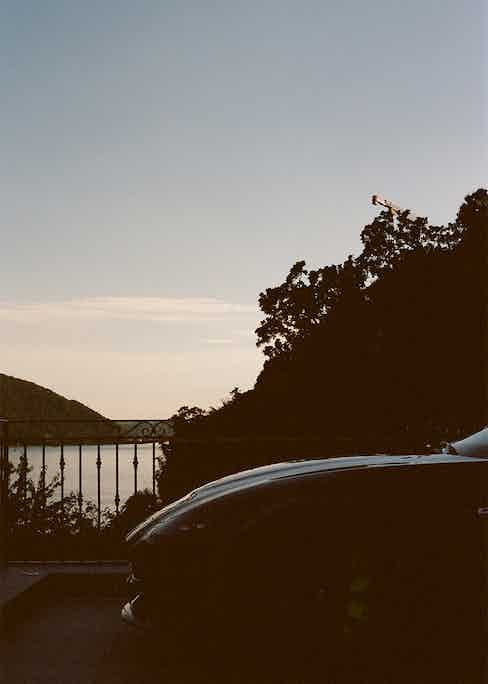 The perfect pairing of two British icons, the very reason why we were here today - to commemorate and celebrate the legacy between Aston Martin and James Bond - was almost not to be. It took two films before James Bond found his way behind the wheel of the synonymous DB5. It wasn’t until the Set Designer, Ken Adams drove past a DB5 on his way to Pinewood Studios and many pleading phone calls toAston Martin later that the then red DB5 prototype was first wheeled onto the set of Goldfinger. A can of “battleship grey” spray paint from the prop’s department later, and the Bond pair made their first silver screen debut on a roadtrip through the Swiss Alps, 007 famously climbing his way up the Furka Pass with Bond Girl, Tilly Masterson and her red Mustang in chase.

With Furka Pass keyed into the GPS of the Vantage F1 Edition Roadster, we purred through the still sleepy town of Crans-Montana and headed for Furka in the pursuit of reliving Sean Connery’s finest moment, 58 years later. Roof down, we twisted through the 38 KM's of tight turns and switch-backs as we ascended the 2,429m high mountain pass. Accelerating from corner-to-corner, the F1 edition punches a genuine sense of bark with its4.0 litre twin-turbocharged V8 engine that echoes throughout the valley in the most elegant of tones, turning heads and lighting up by-passers. One honestly can’t help but feel like Bond in a moment like this, and I suppose this is the thing about Aston Martin, it maintains its level-headed sense of elegance despite hiding a supercar’s motor beneath its elegantly curved hood.

The descent down Furka pass is whiteknuckled. Unlike the climb, the roads are narrow, corners blind and turns tight with oncoming bikes, cars and trucks that force aggressive downshifting and hard braking between the 200 meters of acceleration between bends. And for this, I chose the DB11 roadster - the younger more charming brother of the Vantage I ascended in, giving the opportunity to get to grips with its distinctively different performance modes - jumping between GT, Sport and Sport Plus to instantly change the characteristics of the car to best suit the ever-changing pass. Once at the bottom of the pass, we entered the small town of Andermatt and stopped off to pay tribute to another Goldfinger icon - the petrol station where Bond and Tilly Masterson part ways following her failed attempt to assassinate Goldfinger. Arriving at the final stop for the day, our beautifully quaint hotel on Lake Lugano, just in time for a sunset dive into the lake, I attempted to fathom the boyhood dreams I had just conquered today.

At sunrise the following day, I had the chance to test the provocative Vantage F1 Edition - fitting, considering this car was designed to celebrate Aston Martin’s return to Formula 1 racing - which was exactly where we were heading to, marvelous Monza. In true fate, I learnt that I had subconsciously saved the best for last. The Vantage, to me, embodies all that an Aston Martin is. Elegant, powerful, provocative. And so, you can be confident that every tunnel from Lugano to Monza heard the sweet, sweet sounds of an accelerating Vantage competing with my gleeful laughter.

Celebrating its hundredth year of Grand Prix racing, Monza has been long pegged as the race of the year to attend, and known for the passionate presence of screaming Ferrari fans. Add a Ferrari on pole, a hundredth birthday celebration and the lingering after-taste of a shoey from last year's winner and contractless, Daniel Ricardo - it was scripted to be one of the most memorable days of the season. After a tour of the pits, 20 revving engines, two DNF’ing Astons, a safety car finish and countless red flairs layering the track in a thick cloud of red, I realised how right they were.

As we were ushered from our booth and onto the airstrip for our rockstar exit by helicopter, I stared back at the track and reflected on the whirlwind these past three days had been and concluded with this. An Aston Martin has nothing to do with numbers. Sure, they’re there and certainly they’re great. But that’s not what an Aston is defined by. Driving an Aston Martin is all about the experience it embodies. It is the dashing symbol of a lifestyle and a vehicle designed for the elegant soul with a passion for detail.