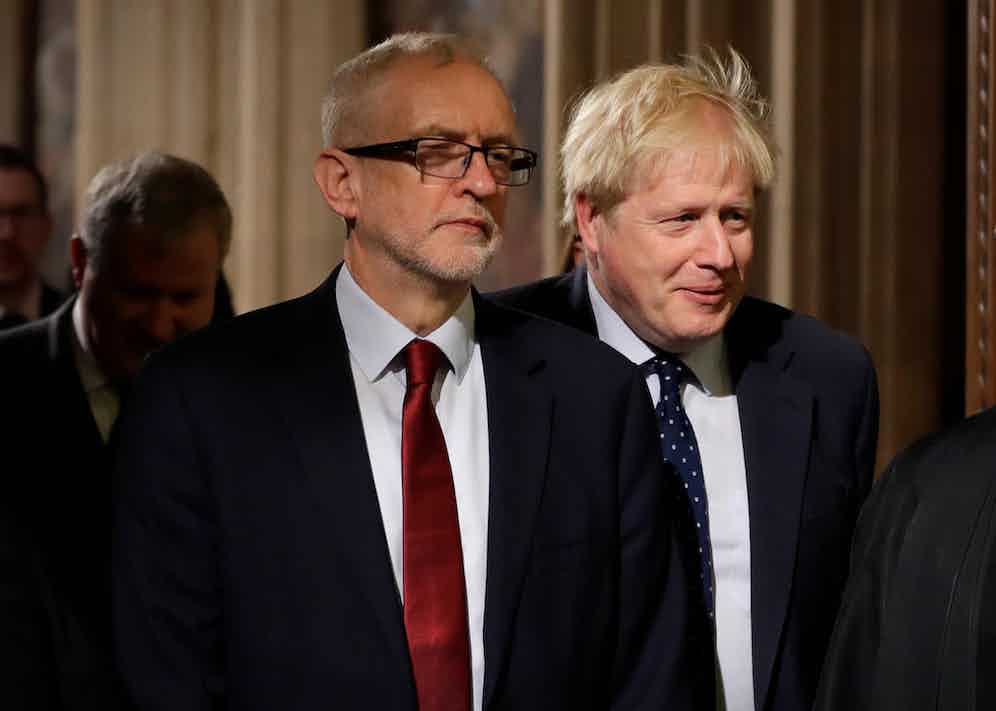 Do not base your vote on the following. There are far, far more important matters at stake. But just why does Boris Johnson seem to be wearing a suit made for someone larger? And what is going on with Jeremy Corbyn’s lop-sided glasses? Such trivial concerns. “It’s not a fashion parade,” as Corbyn has noted of Parliament. “It’s a place where people are represented”. And yet one study of a few years back found that the effect of a candidate having a more competent look amounted to a swing of 13% in the voting - with voters still claiming the candidates’ appearance had nothing to do with their choice.
As the Conservative political strategist Andy Coulson’s son is said to have noted of Corbyn during the recent head-to-head election debate, “I don’t like his tie, and I don’t like his eye”. He may only be a nine-year-old but maybe he’s on to something. Presumably some style advisor has, for example, told Corbyn to only ever wear a red tie - to fly the party colours - much as Johnson, a man constitutionally unable to deviate from plain white or blue shirts, likewise typically shows a preference for blues. Both, like Trump, wear them way too long - as subliminal pointers to their masculinity perhaps. Corbyn is, at least, more inclined to occasionally ditch the tie altogether - that ‘man of the people’ moment; the political, televisual equivalent of rolling up one’s sleeves to connote getting down to work, without actually having to go to the trouble of removing one’s jacket.
And, as for the suits, plain to the point of utter innocuousness, both men look identikit middle management, both typically, sloppily, choosing to wear their jackets undone - or, as Johnson does on occasion, inexplicably, with both of his two buttons done up. Corbyn’s preference for M&S offers the sharper shoulders, at least - unlike his position on Brexit - providing something definite. Somewhat late in the day, he recently made a sartorial power play too, revealing a bespoke-made pinstripe suit - a gift from an MP - in which the stripe turns out to read ‘for the many, not the few’, even if having a suit made is decidedly the opposite. 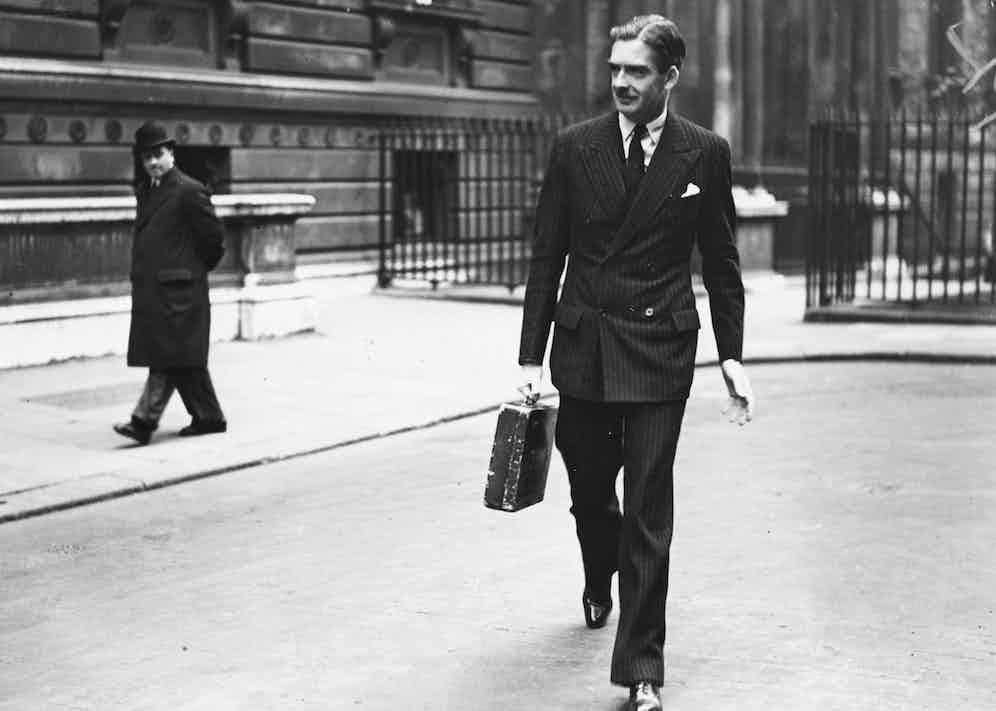 Both men will, however, have to bring their wardrobe’s A game if they become head of a new administration next Thursday. Few of the electorate want a trendy PM - it would only provoke endless commentary of the mutton/lamb kind. But a modern, even just distinctively dressed one would not go amiss. Corbyn has had moments of accidental, normcore stylishness in the past: Nikes and black socks, brown blazers over home knits, comfy shoes to go with his ‘magic granddad’ beard. No doubt said style advisor suggested ditching the Trotsky cap as one accessory the workers of the world - in their baseball caps and sweatpants - would not unite around. But arguably Corbyn’s clothing has to tread a finer line - there needs to be a crispness that chimes with middle-class voters, that suggests the potential to be primus inter pares, without seeming too above the ordinary crowds of Labour heartlands.
Or, in theory that’s the case: the Labour leader could actually up his flagging statesmanlike ranking by going completely against the grain. Picture him in a tweedy three-piece suit, somewhere between country gent and the radical polytechnic lecturer he somewhat suggests, taking style cues less from scarecrowish Michael Foot - who, as was noted during his leadership, with his corduroys, cardigans and dark shirts “looked socialist [in a way that] made even those who voted reliably Labour sense difference” - as from Clement Atlee. Here was a man who saw no contradiction in looking dapper and creating the modern welfare state. Add in Harold Wilson’s pipe for the perfect media-friendly prop. 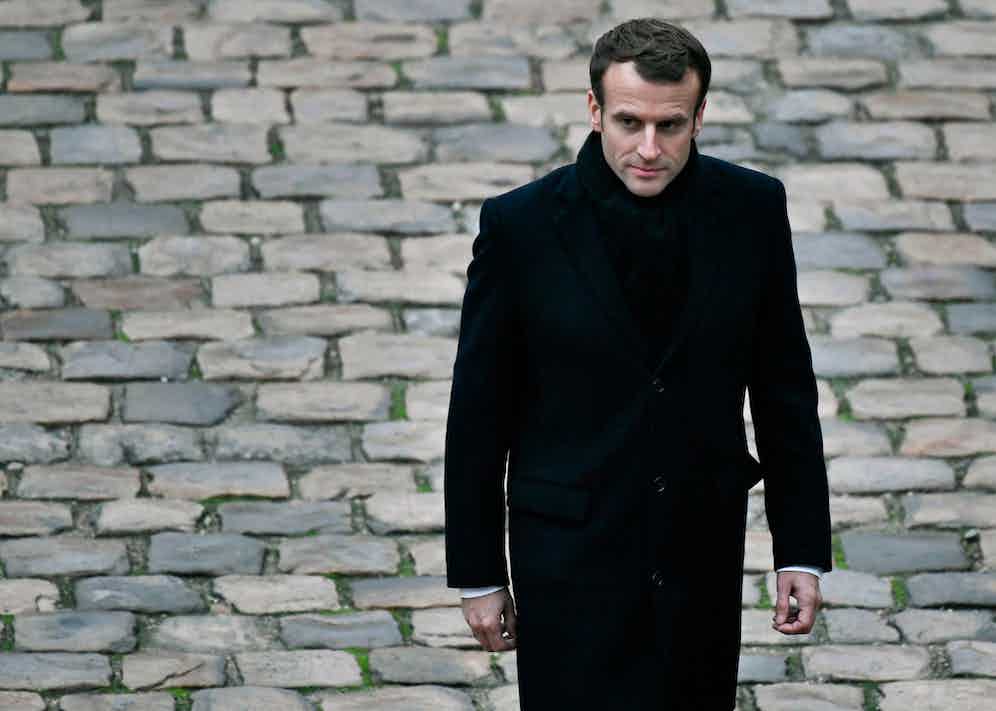 Johnson too could take a page from the Conservative Party’s past leaders - Churchill, of course, the politician who pioneered the prop, but also Anthony Eden. Yes, for many, Johnson’s constant state of Stan Laurel untidiness plays to his image as the everyman - or perhaps as a buffoon - much as Jacob Rees-Mogg’s patrician polish plays against his. But, of course, dishevelment is an upper-class act, a statement of disregard for one’s appearance on the premise that such things don’t need to be considered by the entitled, let alone the titled. It’s the middle-brow who care overly about their state of dress, or, indeed, their interiors - as Alan Clark observed in his famous put down of the self-made Michael Heseltine as the kind of man who has to buy his own furniture.
Johnson’s studied shambolic style worked as London’s Mayor, but as representative of a nation it needs an overhaul. Johnson should go double-breasted - fastened as it should be, a double-breasted jacket would would bring him a much needed touch of the spin ‘n’ pan; or perhaps switch to more waisted, tight-to-the-shoulder, mid-grey single-breasted tailoring, with darker, perhaps knitted ties. It’s a look that’s both more graphic and would also offset that trademark dandelion hairdo. Far be it from us to recommend he emulate a Frenchman, of all unspeakable things, but Emmanuel Macron’s more youthful, high-notched, narrow-lapelled dark tailoring makes him look the contemporary premier, hi-vis gilet excepted.
Will either party leader take such sound advice? Probably not. Politicians are, more than ever, creatures of the polls, and polls invariably recommend steering a dull middle way, lest members of the public find, in this case, something to fear in a little flashiness. But how refreshing it would be - even if it’s a little shallow - to have a party leader to admire for their panache as much as for their policies. It’s not a new idea. Disraeli knew politics was all about image. So did Gladstone. When was this forgotten?