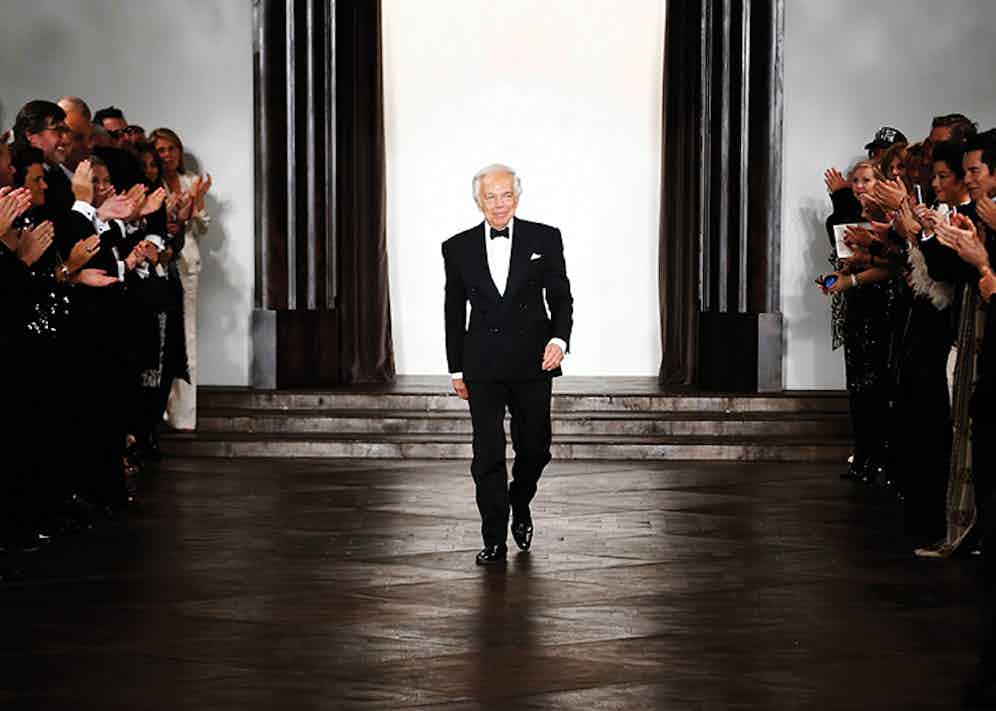 There was little collective deliberation when it came to who the first recipient of the Righteous Rake award should be. It had to be Ralph Lauren. Growing up as a foreigner initially in Manhattan, then attending boarding school in Connecticut and finally as a teenager in Washington, DC, Ralph Lauren's clothes were a way for me to fit in. But they were also a way for me to understand America. Because, encoded into them was this extraordinarily clear sense of optimism - as if the very reason for their existence was to give expression to one man's vision for the American Dream.

More than that, the clothes evoked humility, understatement, nonchalance and effortless cool, while drawing inspiration from the myriad cultural facets of an extraordinary nation. But there was still more than that. There was a prevailing thread that ran through every garment - an expression of a singular sense of extremely clear taste.

I remember having a conversation with Mr. Lauren at his beach house in Montauk, where I was trying to articulate what I sensed was this red line, this powerful uniting force, that ran through everything he made. Then, as I looked around, it dawned on me: everything he creates is an expression of who he is. He doesn't show up at the office and create in isolation; he lives in the world that is expressed in his clothes, his furniture, his retail environments, his watches, and now, even his restaurants.

It is his incredible sensitivity to detail, colour, proportion and fit that allows him to create perfect clothing. While many look to Lauren as a pioneer, the first truly American designer to export American luxury to the world, they sometimes don't grasp that he has also revolutionised luxury in being a designer that militates against ephemera and trend.

The thing is, Ralph Lauren's clothes don't lose their lustre after one season - instead, they gain in character. The extraordinary fact that he is simultaneously helming one of the most established blue-chip brands in the world, as well as the coolest au courant line, the vintage-chic RRL, demonstrates that Ralph Lauren is still at the peak of his creative abilities. Want further evidence? Look at the global rollout of the newly refreshed vision of Polo, the once and future king of American luxury.

Then there is the man himself. As we chronicled this year, he is a man who has given so much to make the lives of others better - a man who helped set up a cancer care and prevention hospital in Harlem because it bothered him that survival rates there, just one mile away from where he lived, were inferior to that in places like Bangladesh; a man who put his doorman's children through college because someone needed to; a man who has shown incredible class, grace, courage and humility throughout his many successes.

I often say that Ralph Lauren and his vision for timeless elegance was one of the key inspirations for this magazine. Having had the privilege to get to know him, I should add that he is not just a great designer, but also a great human being. One of the very greatest.