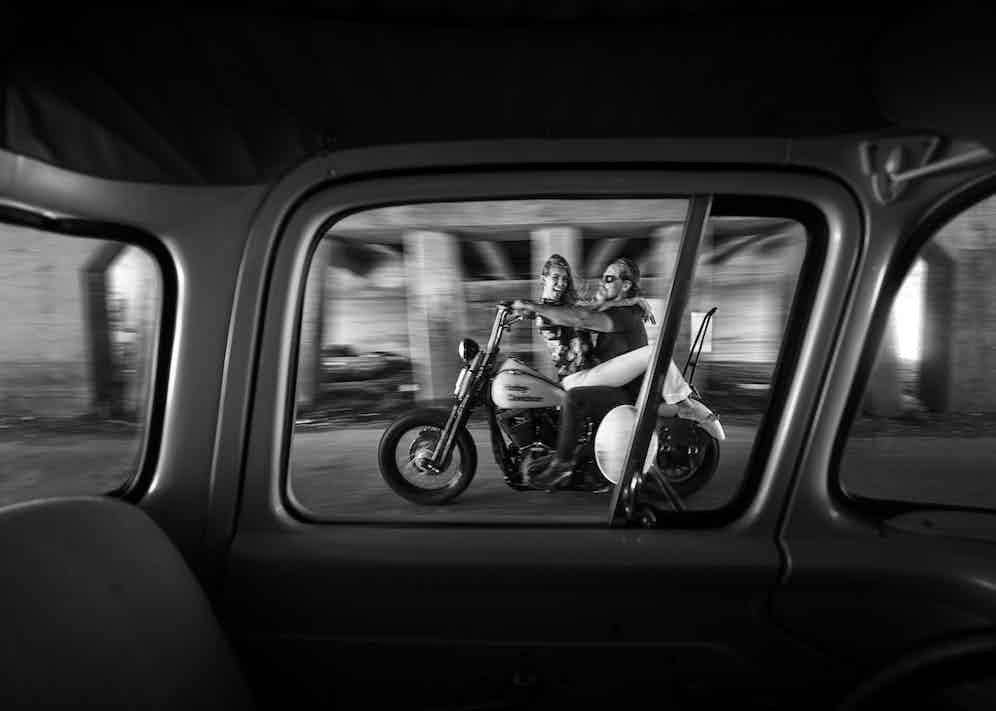 Kathryn Boyd Brolin has that free-spirited seventies vibe nailed down. It is unusual to not see her smiling or dancing to something with children at heel, gazing up in wonder at her uninhibited approach to life. The pea in her pod is her husband, Josh Brolin, who marshals along similar lines — carefree, kind, Californian insouciance deep in his bones. Together, well, you get the picture you see here, taken by the extraordinary Brian Bowen Smith for his book Drivebys. A portrait of abandon and love.

Kathryn has twice worked with The Rake, and is the kind of photographer that editors would be wise to hold close and embark on endless adventures with. She finds solutions rather than problems, understands personality, works well within the limitations of budget and time restrictions, and, like a terrific tailor, has an understanding of how the recipient of her work wants to feel. She knows where they want to go, and holds their hand on the way.

It is understandable, therefore, that Leica have asked her to be an ambassador for them. Indeed, more recently, her work has become a journey of reportage that displays depth, wisdom, beauty and sophistication. An image of her daughter with an ice cream speaks to every parent who knows the magic of their child’s wonder, mischief and innocence revealed in a single moment.

Her photographs of her actor-husband for The Rake’s cover story in issue No.73 were magnificent. It was a Covid-friendly project that was intimate and yet powerful; Josh Brolin is not one for confined spaces, but he was at home, his sanctum sanctorum, somewhere he could be himself, and the playful and more serious aspects of his personality (the former outweigh the latter) were captured by Kathryn with artistic aplomb.

Her career will not be seen through the lens of her husband, however. Her Rake cover shoot with Paul Bettany, for example (issue No.79), could not have been a more ideal expression of her professionalism and talent. What better moment, then, for us to highlight Boyd Brolin as a hero of this issue of The Rake, and to celebrate her as a valued friend.

You can also read this feature in Issue 80 of The Rake - on newsstands now.