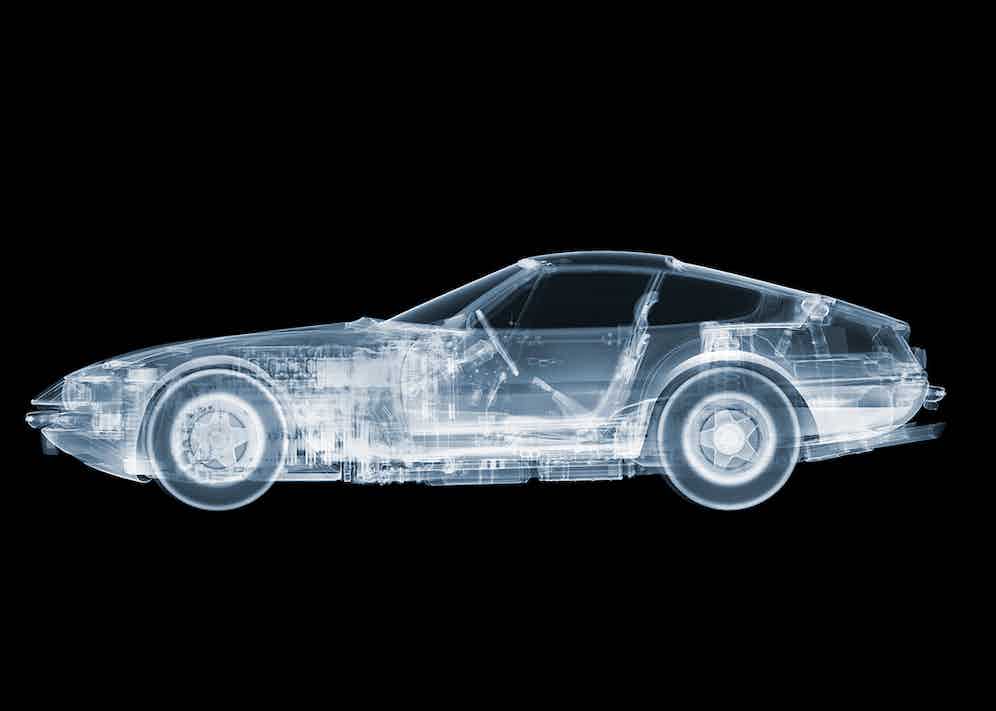 X-rays have not always been considered a medium exclusive to science. In the late 19thand early 20thcenturies, X-ray machines appeared as entertainment at carnivals and theatrical shows and even at children’s birthday parties. That was of course before the serious dangers of radiation exposure were realised and the novelty of seeing one’s bones was still intact. Now it seems, however, it has turned full circle as English artist Nick Veasey has rediscovered the simple pleasures that X-ray technology can bring.

“We live in a world obsessed with image,” he said in a recent statement to Heist Fine Art Gallery. “What we look like, what our clothes look like, houses, cars … I like to counter this obsession with superficial appearance by using X-rays to strip back the layers and show what it is like under the surface.”

Veasey takes his subject - which could be anything from a delicate flower to a Boeing 777 - and portrays it from the inside out, displaying the internal layers and basic structure, which before now has been hidden from the naked eye. In doing so, he not only reduces the materialistic aspect but also transforms everyday objects from commonplace to curious. A light bulb becomes a series of intertwining, fantastically defined bright lines and a simple keyboard becomes an extravagant array of intriguing shapes and shadows.

The production of his striking portraits is no easy ride either. Veasey risks exposure to life-threatening radiation each time he presses the switch on his industrial X-ray machine. For larger subjects such as cars, he has to painstakingly work on small sections individually, resulting in months of work for one portrait. “Imagine the most complicated jigsaw puzzle ... and you’ve dropped it and all the pieces have scattered around on the floor,” he told Forbes magazine. “Then you have to find a way of putting it together – it’s a bit like that.”

While many of his works would be perfectly suitable for any rakish collector’s wall, one particular favourite is hisFerrari 365 GT/4 Daytona, 2015. The finished product is a completely unique viewpoint of the classic car. The inner works of the engine lead one’s eye smoothly through the vehicle and display the beauty of the mechanical anatomy that is beneath its exterior. Contrasted against the background, the lines are clean and defined, achieving a captivating level of detail. Whilst you’re contemplating investing in the real deal, it’s a perfect - albeit only decorative - alternative.Veasey has turned his hand to motorcycles too, and other highlights include ‘Punk’, in which the viewer is somewhat intimidatingly stared-down by a spikey-haired, beer-can-holding punk, whose leather jacket is so studded it almost masks the skeletal frame hiding underneath.

Veasey has taken photography as we’ve known it and turned it right on its head, rebelling against conventional mediums and imagery. Yet it is exactly this controversial approach which earned him international recognition and advertising commissions with global brands such as Porsche and BMW. All being said and done, if he’s good enough for them ... he’s good enough for us.

Ferrari365 GT/4Daytona, 2015 is estimated to fetch between $7,000-10,000, the exact price is quoted on request, and is available to purchase atartsy.net. For more information on the artist, visit Nickveasey.com. 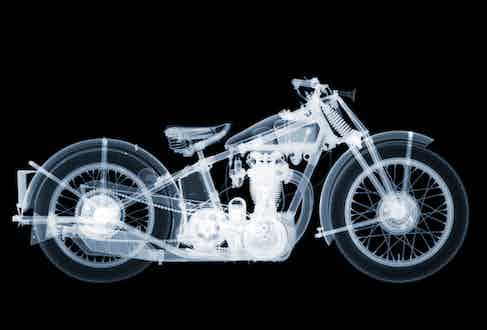 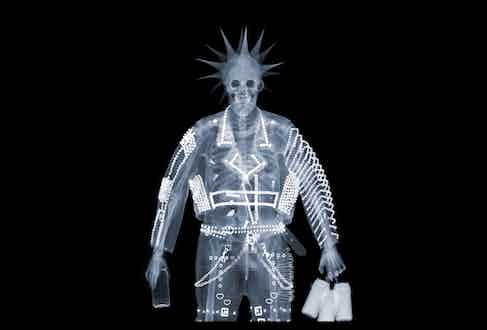