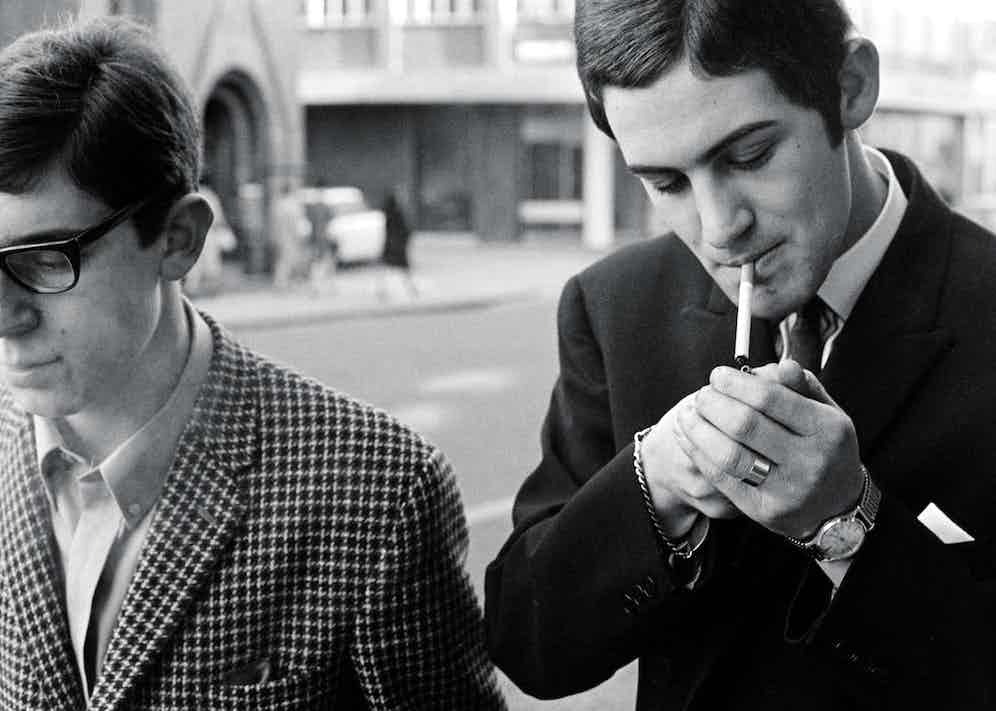 Of all the subcultures that have permeated the core of British youth, from New Romanticism to punk, there are a few that stand out symbolically and sartorially. From the teddy boys of the 1950s to the mods of the sixties and skinheads of the seventies, these tribes are intrinsically linked, proving to be some of the most fastidious and aspirational social movements of the 20th century. Members of these distinct clans, almost exclusively young working-class kids, attempted to differentiate themselves from the rest of society in a still recovering postwar Britain through the music they listened to, the attitude they adopted, and the clothes they worshipped. These movements’ attention to detail and dedication to clothing is something The Rake can relate to, and this is reason enough to delve deeper into these unique subcultures, which have never truly left the wider British consciousness.

The modern lounge suit has always been a symbol of masculinity and, throughout its inception and for many decades after, a sign of elegance, taste and a certain level of social standing. Men who wore suits were of a certain ilk: they were respectable, had noteworthy roles in society and were considered gentlemen. According to Eric Musgrave, author of Sharp Suits, “clothes have always been a manifestation of wealth and power” and “for centuries, the social mores and dress codes of the nation had been dictated by the court and then disseminated by the aristocracy, who were, literally, the leaders of men”.

As has been documented in recent issues of The Rake, though, the suit is constantly in a period of transition. It is no longer the coat of armour it once was, and its uniform-like connotations are dwindling thanks to the rise of tailored casualwear and the breaking of dress codes. Today’s man wants comfort, and the fashion world is responding, producing hybrid garments such as blazers made of high-performance jersey fabric and trainers made from exotic leathers. In some cases, all formal connotations have been removed from the suit, and brands are creating completely unlined, unstructured iterations, which are essentially shells of their highly built-up tailored cousins. This allows the suit to be worn in ways it has never been before, lending well to the style-conscious gentleman’s contemporary lifestyle. This isn’t the first time such a sartorial revolution has occurred, however, and the suit been taken out of its original context. 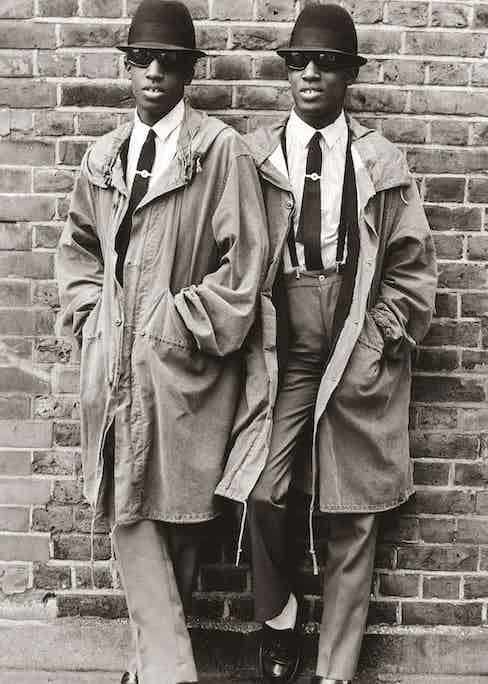 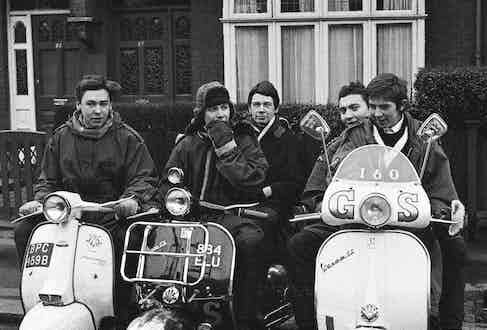 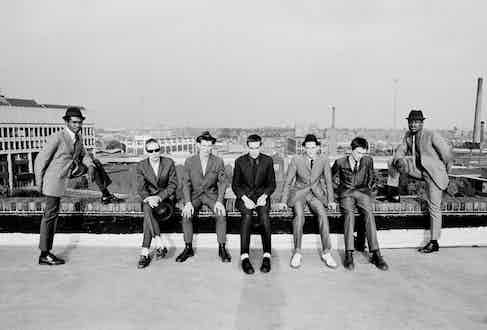 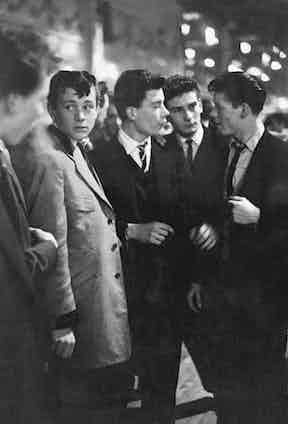 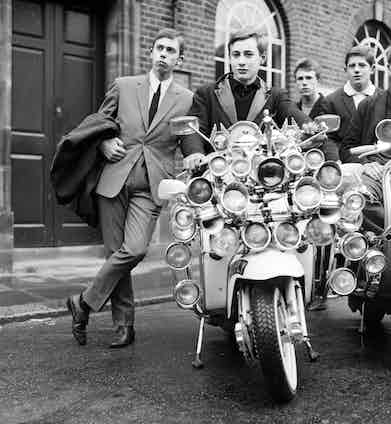 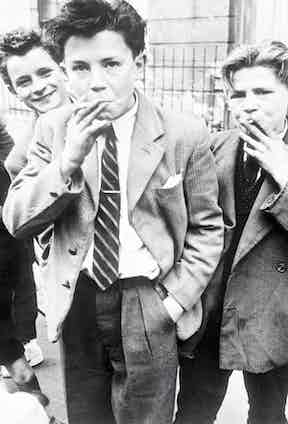 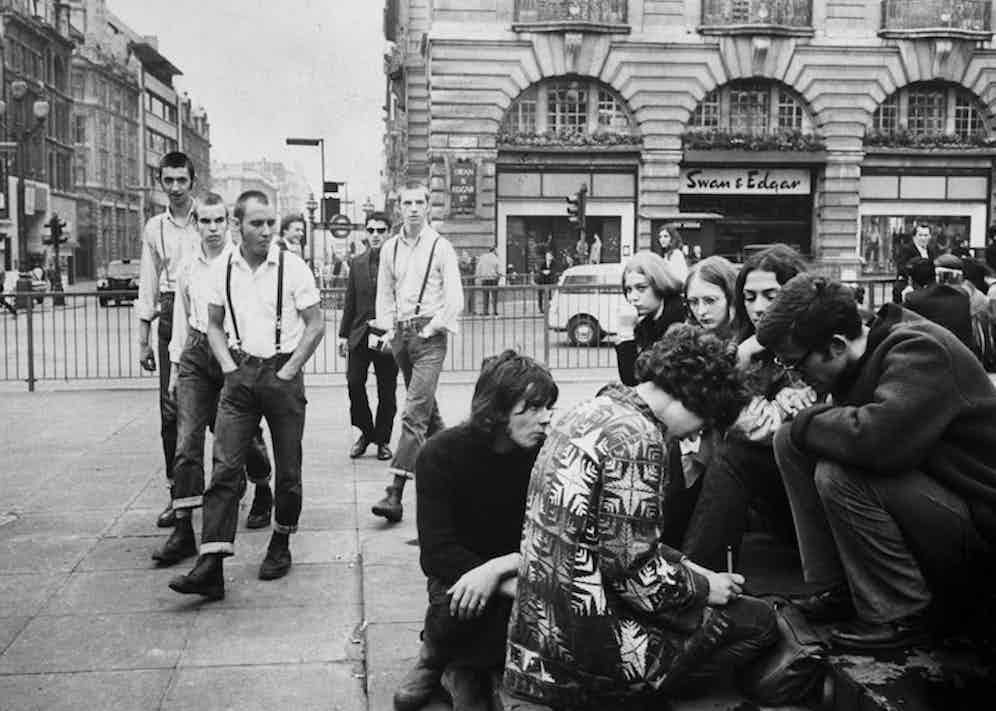 While not nearly as well documented as mod culture, the teddy boys of the 1950s paved the way for future youth movements, boasting all the necessary attributes of a suitably influential subculture. They had the uniform, consisting of Edwardian-style drape jackets, high-waisted, twin-pleated trousers and silk Western bow ties; the music, which mainly consisted of fast-paced rock ‘n’ roll; and, most importantly, an all-round disregard for the dreariness of postwar Britain. Musgrave believes that “after the second world war, as old social divisions began to break down, some young working-class men wanted to express a new identity”, and the clothes were a vital element. In adopting an upper-class Edwardian aesthetic, these working-class teds were simultaneously giving a proverbial middle finger to the upper echelons of society while forging their own distinguished identity. They wore a style of suit previously associated with wealth and elegance and injected their own form of rebelliousness into it, yet the teddy boys were limited in scope and never quite elevated the suit to new levels, unlike their successors, the mods.

Robert Elms, author of the cult book The Way We Wore, put it perfectly: “The teds stole the clothes off the back of their superiors, but were content to wear them only in their own dilapidated back alleys. They doffed their quiffs and knew their place. The mods started to crave and yearn, to reach out and find out, to go up west and downtown, to look to Italy and France for clothes, to black America for records, to the Caribbean for attitude. They didn’t really know what la dolce vita looked or tasted like, but they knew they had to get some. So they rode scooters like little Neapolitans, danced from the waist up, like the black G.I.s they’d seen in jazz clubs, and walked with a bowling sway like the West Indian dudes who inhabited the same streets and estates.”

Indeed, the mods were arguably the first completely original subculture. They borrowed elements from all over the globe, and combined them to create a look and a lifestyle that was highly aspirational and universally cool. The Modfather himself, Paul Weller, who spearheaded the mod revival in the late 1970s, describes the movement as “English ingenuity at its finest”. It’s unknown exactly how mods came into existence, and there isn’t one single figure to whom the movement can be attributed, but it’s widely believed that the first mods appeared between 1958 and 1960 in Soho. London’s Soho was, of course, the ideal location for such a cult to begin. According to the author Richard Weight, “into this effervescently louche, tolerant and creative place stepped waves of immigrants from Europe, Africa and the Caribbean. Italian immigrants made a mark on Soho by opening restaurants and coffee bars”, which “became a hangout for teenagers unable to get into pubs”. It was in places such as Bar Italia and the 2i’s Coffee Bar where these melting pots of different cultures and styles congregated on a Friday night, and it was here where young British mods would be exposed to exciting new music and fashion. 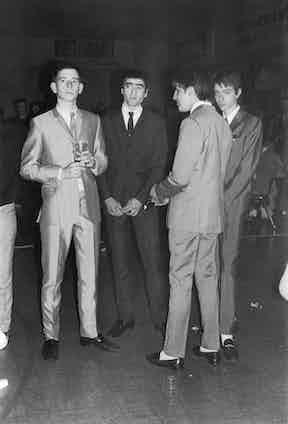 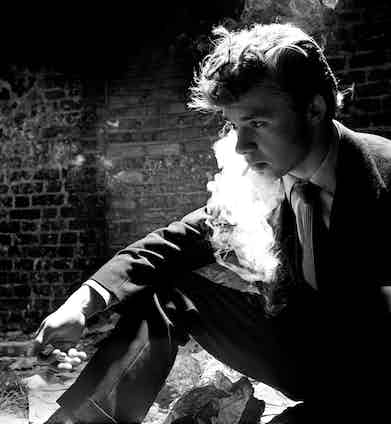 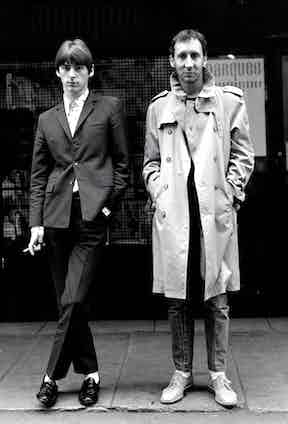 Mods were named after the modern jazz music they worshipped, and the contemporary way of life they yearned for. This notion of modernity extended to every ounce of the way they thought and behaved, but was most visible in the way they dressed. “Mods didn’t want anything to do with anything that had gone before,” Elms wrote, so instead of looking to previous British styles of dress, as teddy boys did, or even turning to the mecca of British tailoring, Savile Row, young mods looked to both the continent and to American Ivy League styles for inspiration.

Unlike in today’s fashion landscape, there were no big-budget campaigns advertising the new mod look, no style magazines championing it — in the beginning, at least. Instead, young modernists had to look hard for inspiration, trying a number of different techniques that would eventually combine to form what is considered the archetypal mod look. This is perhaps what made the movement so appealing in the first place, the idea that style wasn’t handed to you on a plate — you had to go out and find it yourself, and those who were the most innovative and detail-driven were rewarded. Those who consistently beat others to a particular style may be awarded the title ‘Ace Face’, a signifier that you were a leader of men, a mod of enviable taste. This notion created something of an elitist mindset in the movement, not dissimilar from the ‘old boys’ club’ ethos of the upper classes that mods were reacting against. Weight explains: “Some of the founding ‘faces’ were not really interested in the democratisation of taste that they appeared to champion. What they really wanted was to challenge established elites by creating an elite of their own, a kind of secret society for which they set the terms of entry — one based on what you wore, listened to or read rather than where you had gone to school or who your father knew on the company board, a society where they could be noblemen and not serfs, at least for the weekend.” 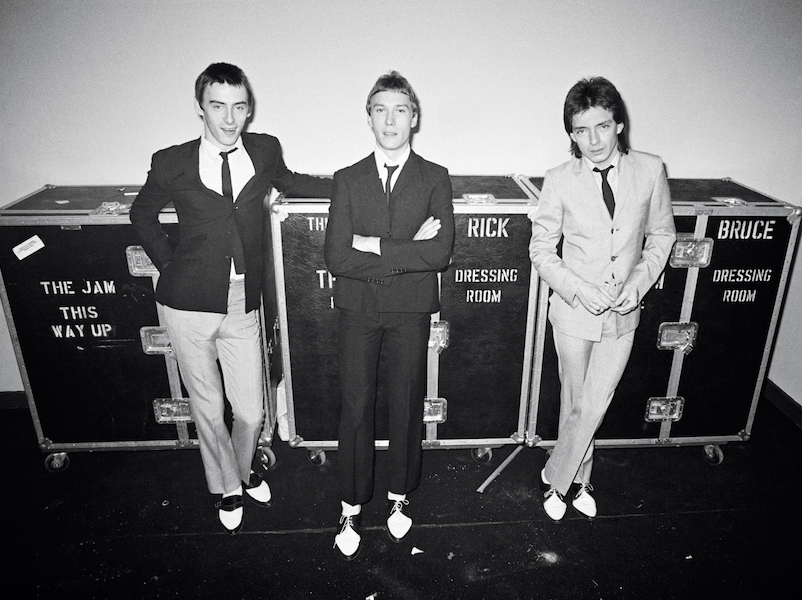