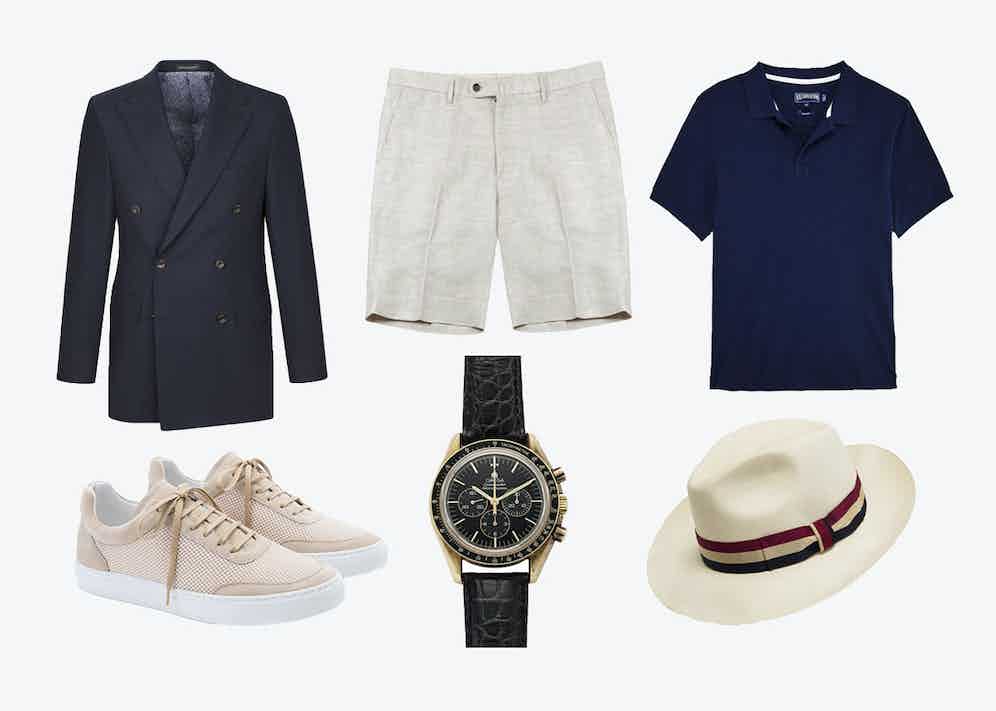 There comes a time (clue: it's around the end of June every year) when the dusty corridors of the beer fridge begin to stir and bustle with life. When the meat isles of supermarkets are emptied and the coals of barbecues in gardens the country over are stoked into life. When the splashing of oars on England's waterways and the rumbling of a thousand car engines in Northern France can be heard. When the peace of Wimbledon common is disturbed by truckloads of strawberries making their way to SW19. It's the time of year when Britain's two favourite things – sport and summer – coincide, and the nation's jubilations (or, more often, disappointments) supply the national press with front page news for weeks on end. The British Sporting Summer. And this year, with it being a Fifa World Cup year, there's more sport than ever. Meeting the dress requirements for spectating may seem like a simple task; nobody's going to turn up to Wimbledon in their England stripes, for example. There are, however, a host of subtleties to master if you really want to look the part for your sport of choice, from the correct colour to the acceptable accessories. Fortunately, you can trust The Rake's staff for advice on what to wear to this year's occasions.

Henley Regatta: There is something comforting about Henley regatta. Perhaps it’s the vicinity of red brick villages, lush pastures and tranquil river-life. All of which is punctured by the cry of brightly dressed supporters urging on their school team. Like Wimbledon, it’s a very strawberries-and-cream affair. The dress code remains blazer and tie and the traditional boating get-up of white flannels and blazers. It unleashed an inner Bertie Wooster, which is about as good a reason to comply as any.

Wimbledon: Although the players must abide by the strictly whites-only dress code on court, if you're lucky enough to find yourself at the All England Tennis Club in the next few weeks, there is no "dress code" to speak of but rather a set of unwritten rules that you'd do well to heed, particularly if you've snaffled an invitation into The Royal Box. As Lewis Hamilton will be able to tell you, turning up to centre and expecting to take your place among royalty without wearing a collar and tie is myopic, to say the least, but elsewhere in the stands that particular combo is probably overkill. Given searing heat, zero shade, and an alarming dearth of booze, I suggest comfort is your first prerogative, which is why I've selected Ka Noa's grey striped linen blend polo shirt. Lightweight yet undeniably smart, it pairs perfectly with New & Lingwood's cotton chinos; they have a nice stretch in them which you'll thank me for if the match goes to five sets. Finally, and most importantly, Lock & Co's classic Panama, which serves the dual purpose of preventing your face from melting off, while also providing an effective fan. If the game's boring, just balance it over your face to grab a surreptitious power nap.

Cricket: Do you know what's better than watching sport? All the things associated with it: booze and snacks while watching said game; dressing appropriately for the occasion; sharing laughter and tears with friends, family and strangers; and having something to talk to your colleagues about the next day (and in that order). Sometimes, it even forces society to reflect on itself in a way that, say, more direct political discourse often doesn't. The things I associate with cricket are Pimm's, tea breaks, jaunty V-neck sweaters and phrases such as 'swings both ways' and 'into the crease', therefore it is a good spectator sport in my books. Whether watching from underneath a shady tree or attending a test match at Lord's, cricket requires a level of decorum – a tidy shirt and trousers or shorts that won't leave you sweltering. Anderson & Sheppard's high-waisted linen trousers fit the bill perfectly, especially when paired with a simple striped button-down – like this fine example courtesy of 100Hands.

Le Mans: It’s looking like the mercury could reach at least 32 degrees in Le Mans this weekend. But, it’s going to feel hotter as a fleet of classic cars starts ripping around the famed racetrack for Le Mans Classic in view of fashionable and motoring-enthused spectators. As such, a sensible choice of cloth is strongly advised, and there’s nothing better than linen to keep perspiration at bay. As we’re in France, St Tropez’s finest outfitter, Vilebrequin, seems apt and through sporting an all-white ensemble you'll keep cool, calm and collected. Finally, as it’s race day a sports watch is an absolute must and Omega’s 1992 Speedmasterin 18ct gold will be a fine addition to your wrist – with all the time keeping attributes that you most likely won’t need.

Tour de France: Clocking in at just over 2000 miles, the Tour de France cycling route is one of the longest races in the world, covering not only most of France but also parts of neighbouring countries too, including the rainy North East of England. This means two things for dedicated spectators. Firstly, a lot of travelling (in the car seat, not the saddle, fortunately!). Secondly, variable weather conditions. So however tempting it is to get into the spirit by wearing a bright yellow jersey, it’s advisable to wear a sensible underlayer that will keep you cool in the heat but also work as a versatile layering piece in colder weather, like this navy polo shirt by French brand Vilebrequin. This pair of smart but comfortable sneakers by North-89 is perfect for travelling, and might even encourage you to get on a bike of your own. This tweed bakerboy will keep the sun off your face and recalls the caps traditionally worn by stylish gentleman cyclists in the early days of the tour.

Fifa World Cup: Whether you’re a crazed football fan or completely indifferent to the sport (just me?), there’s no escaping the current World Cup fever. But before you go fumbling around for the jersey you wore that one time two World Cups ago, remember that the informality associated with such an event doesn’t necessarily warrant sloppiness. Keep it casual, sure, but don’t compromise on style. As the weather will be warm and you’ll most certainly work up a sweat from all that cheering, it’s best to keep your attire comfortable and breezy. I recommend a classic short-sleeved polo shirt, like this one by King & Tuckfield, paired with Ka/Noa shorts in a cool blend of cotton and linen. As far as footwear goes, North-89 has you covered, with its understated yet chic suede and cotton mesh sneakers. It's a winning combination, no matter what the final score.